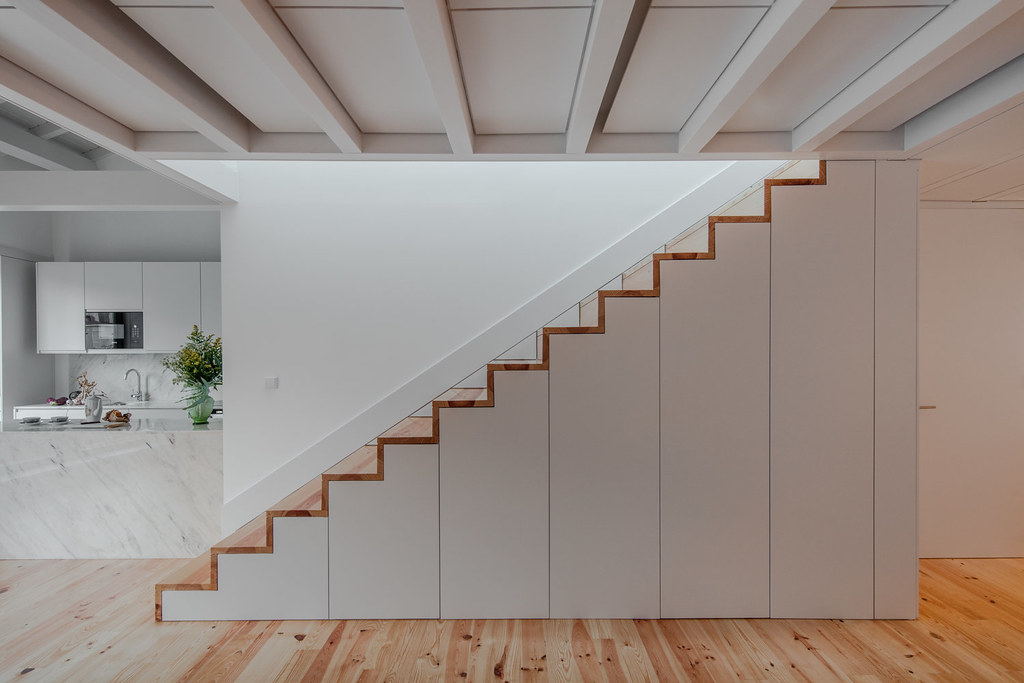 Located in the Porto city, the project Alves da Veiga by architectural studio Pedro Ferreira (PF Arch studio) aims at reconverting the old building from the nineteenth century. Abandoned for decades, architecture has been renovated as a set of six apartments, which supports all of the existing structure and spatial qualities. The original building, although it appears from the outside only two floors, in fact, contains a curious floor and a mezzanine, which actually are the four inhabited floors.

Despite the advanced state of degradation, industrial severity with which the PF Arch studio faced during the first visit, was the starting point for their proposal. Simple and strong structure, where the gaps strongly lit and marked a double height of the right foot. As a result – six duplex apartments, where white walls and ceilings contrast with the cold concrete on the ground level and the pines warmth on the upper floors. Finally staircase is the centerpiece of the entire set, accented the upper light that rescues the light into the building.

The entire duplex flat design is created in thin minimalist style, which naturally may be suitable for meditation retreat. The sequence of the ascetic style can also be seen in the colors and furniture, the combination of all of these parts allows natural light to flow throughout the whole flat. 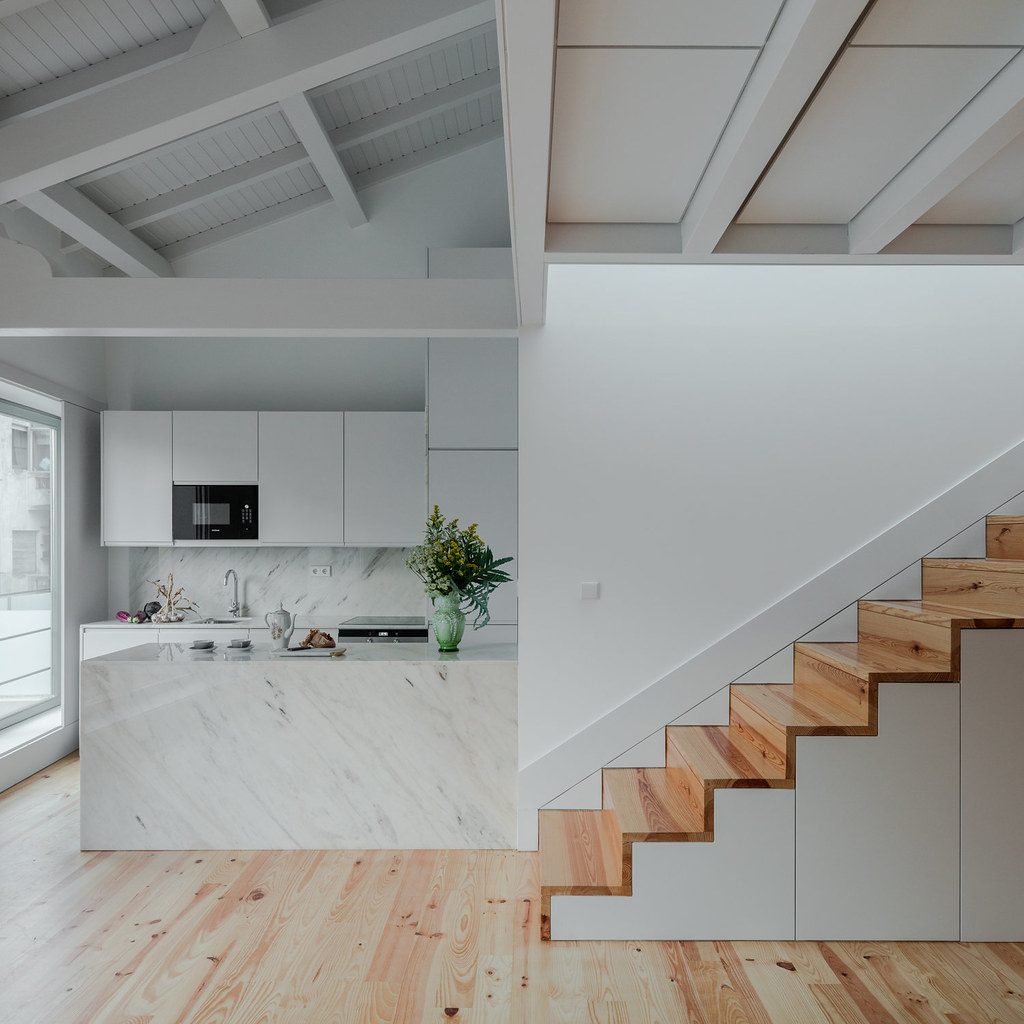 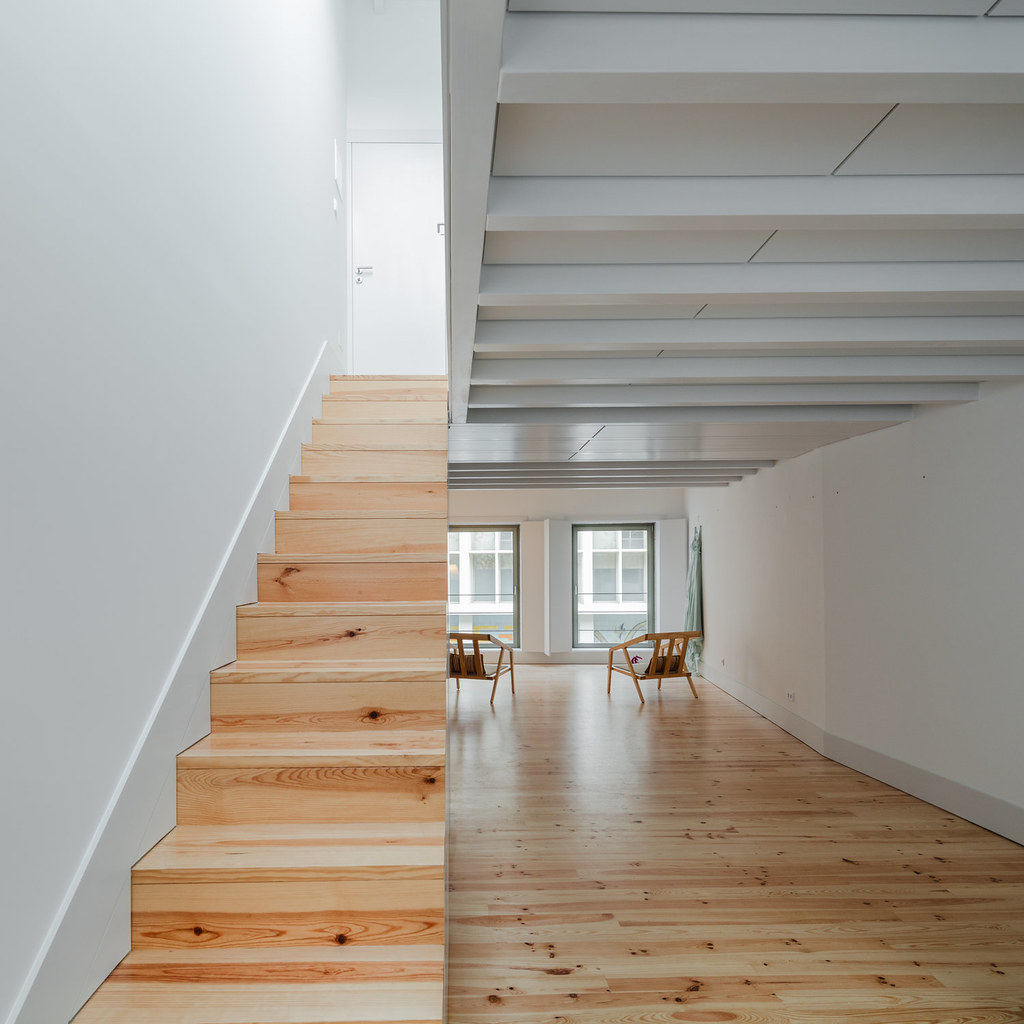 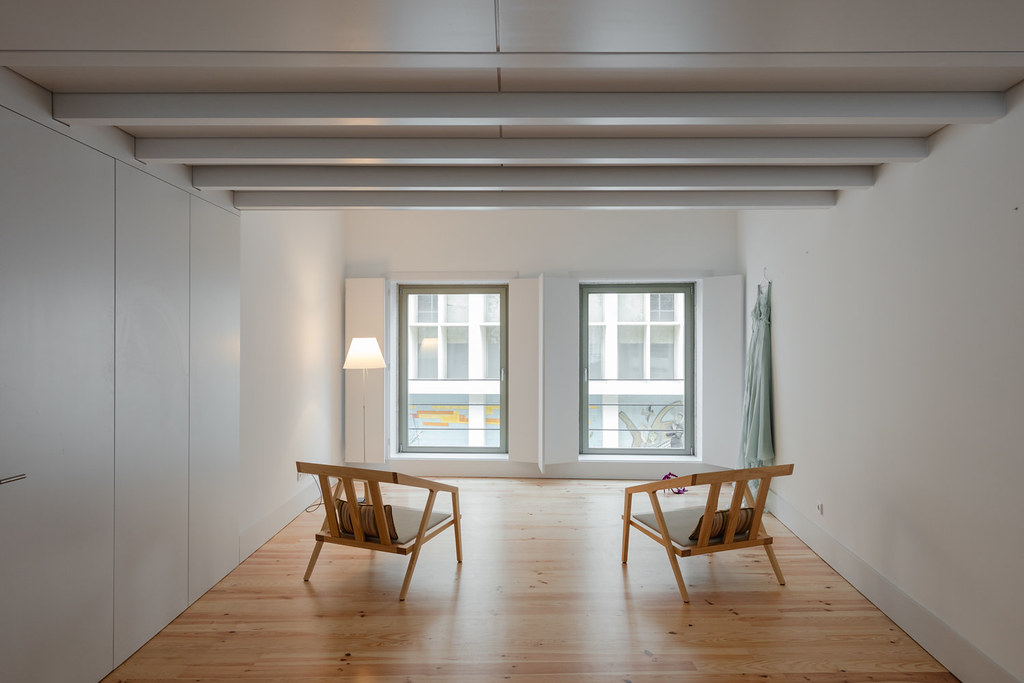 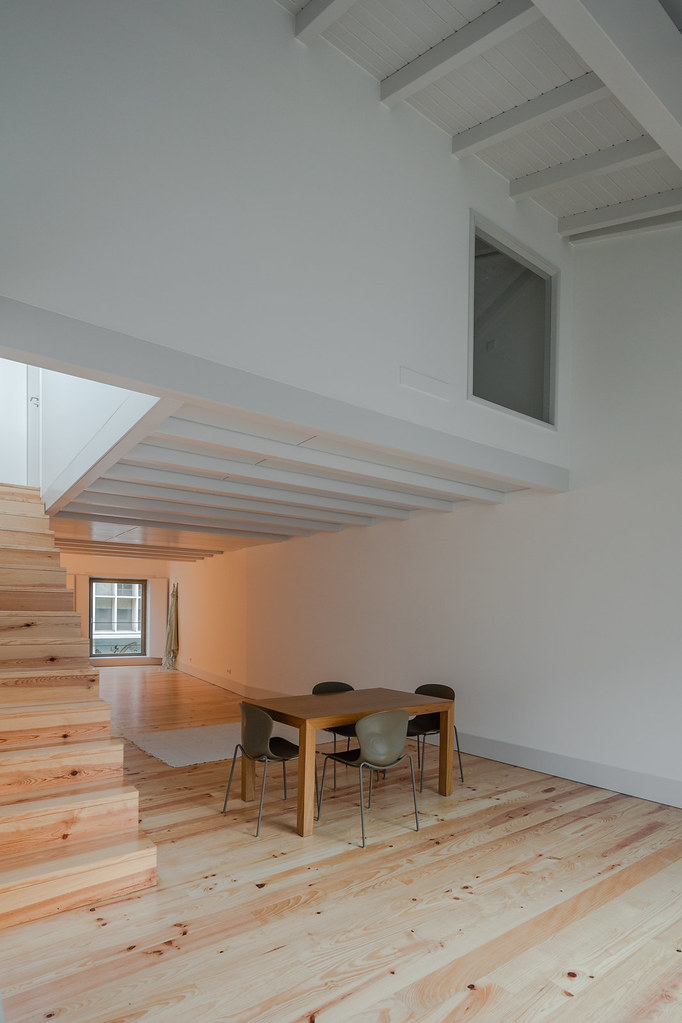 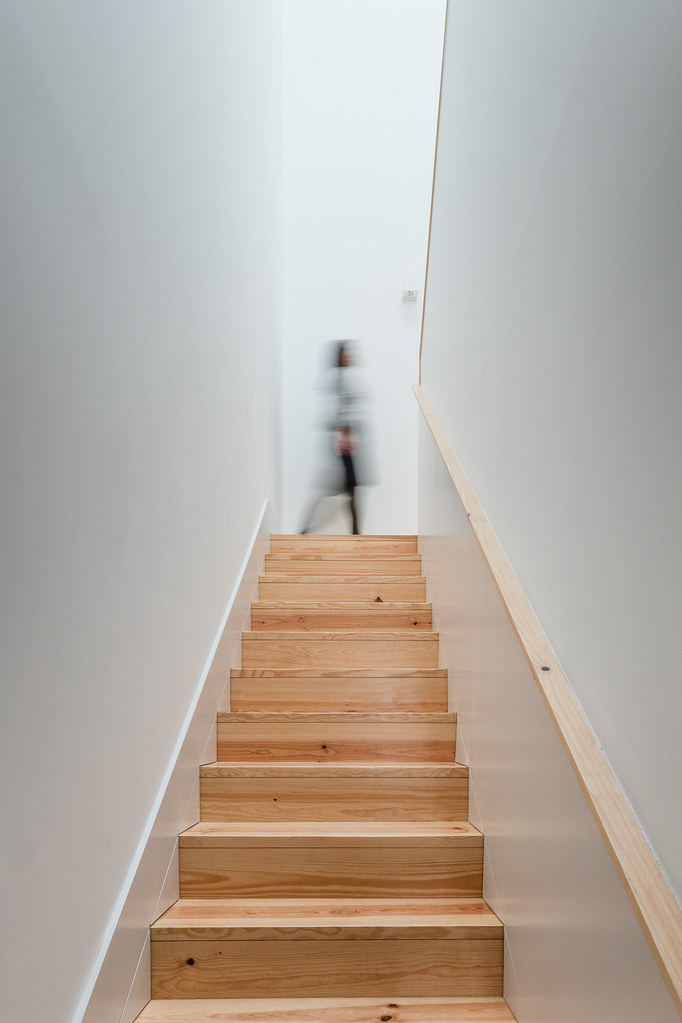 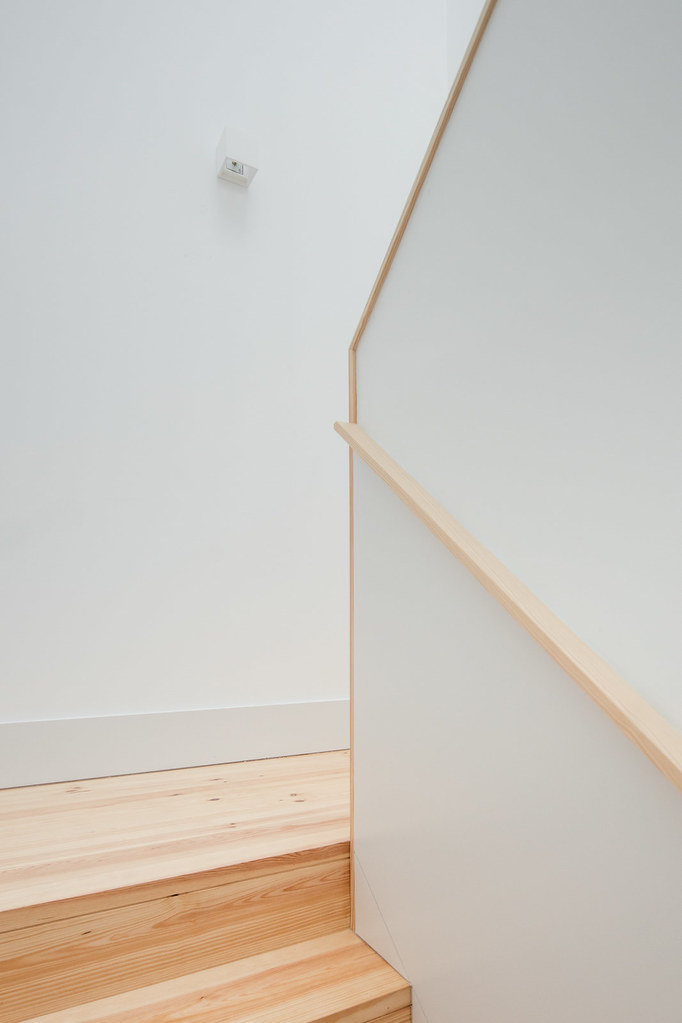 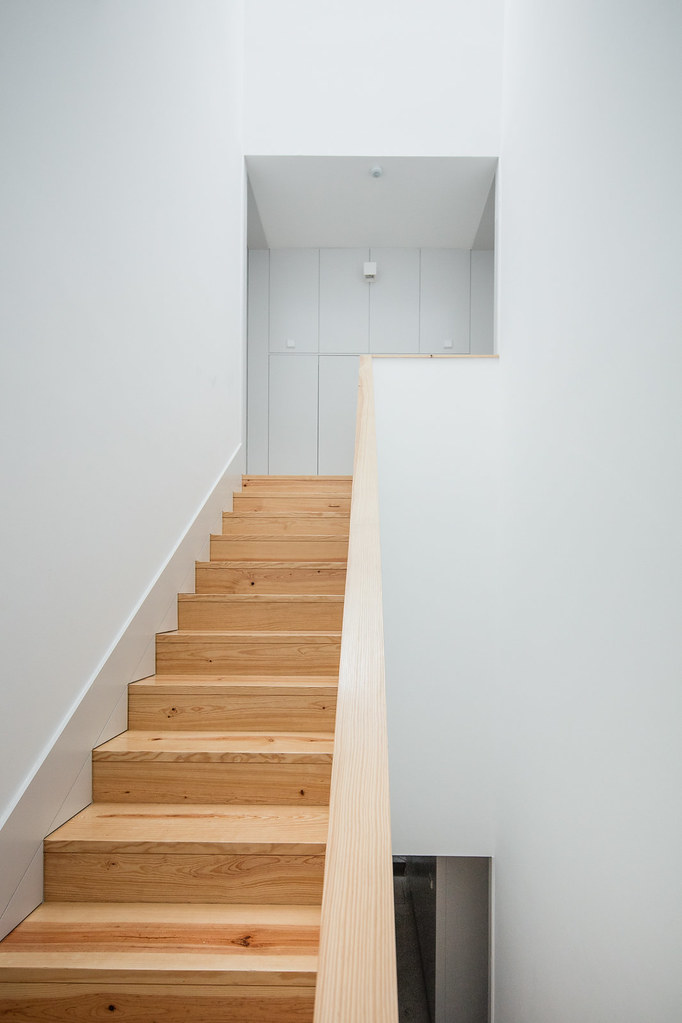 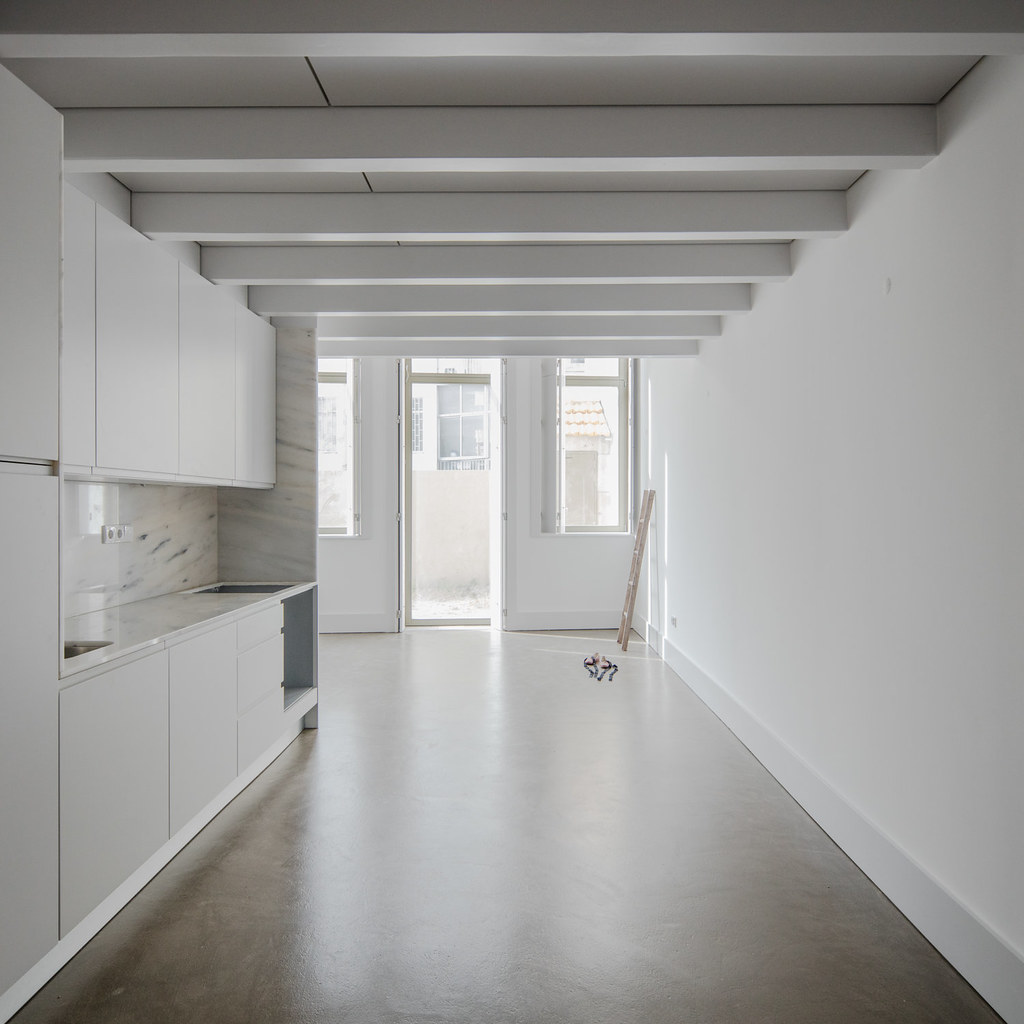 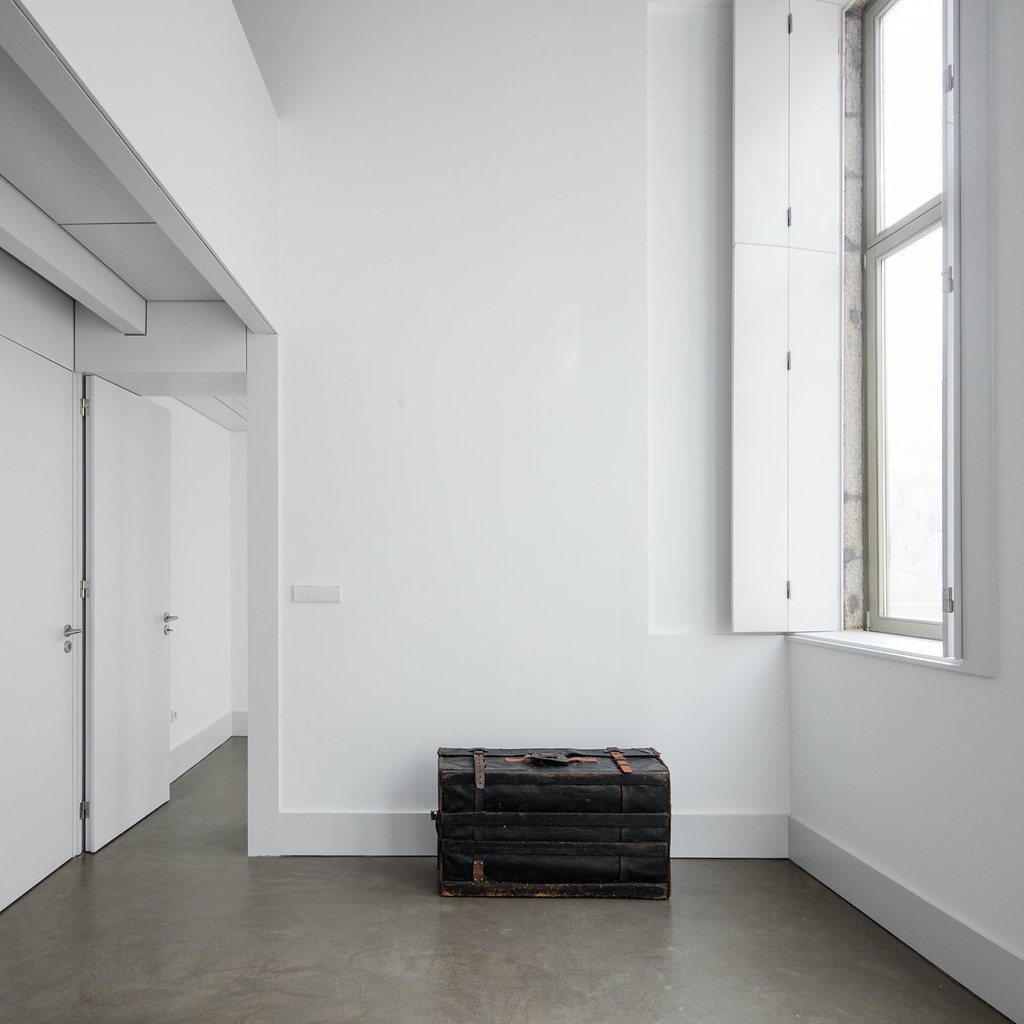 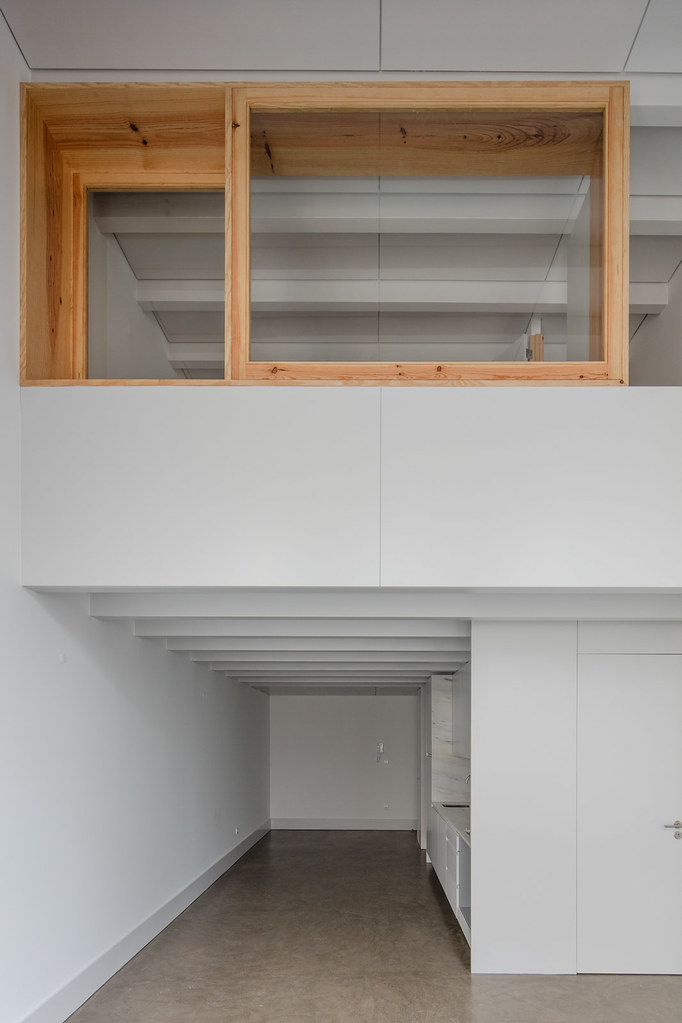 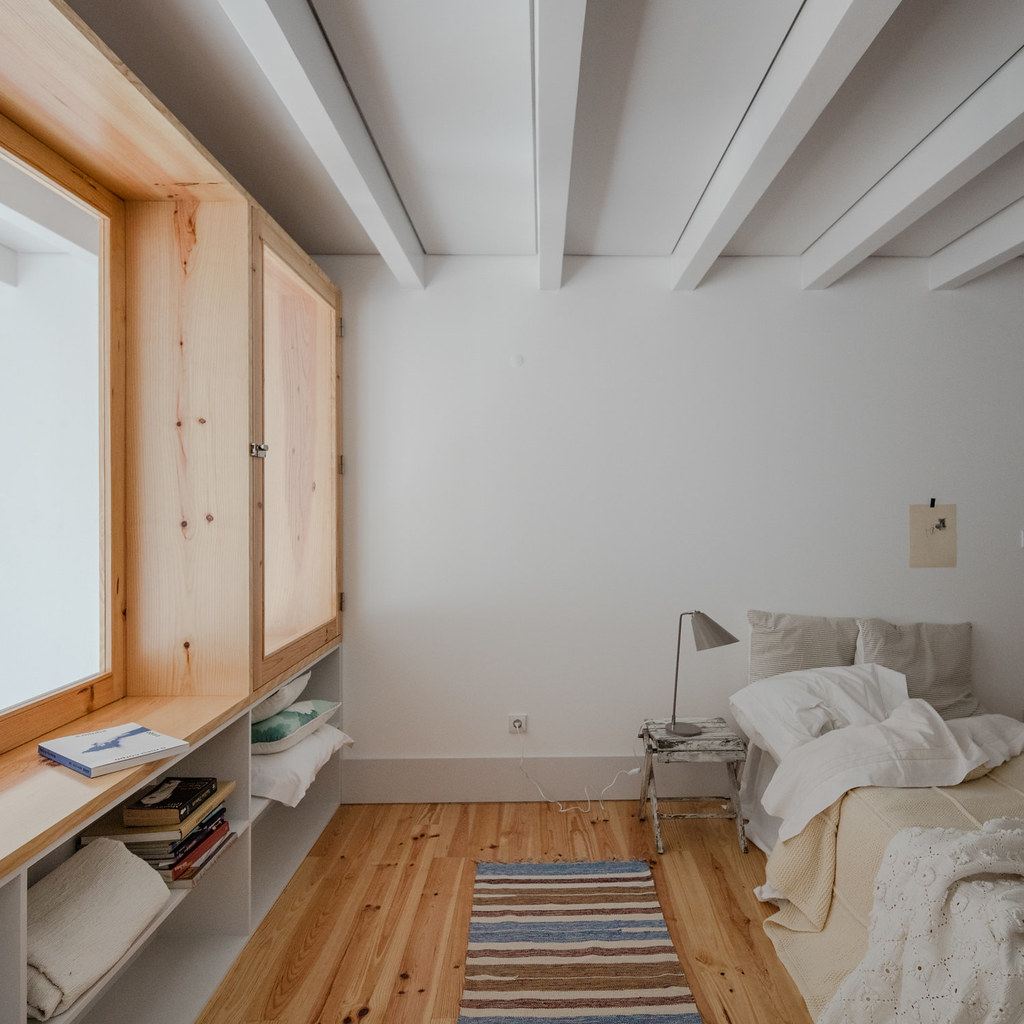 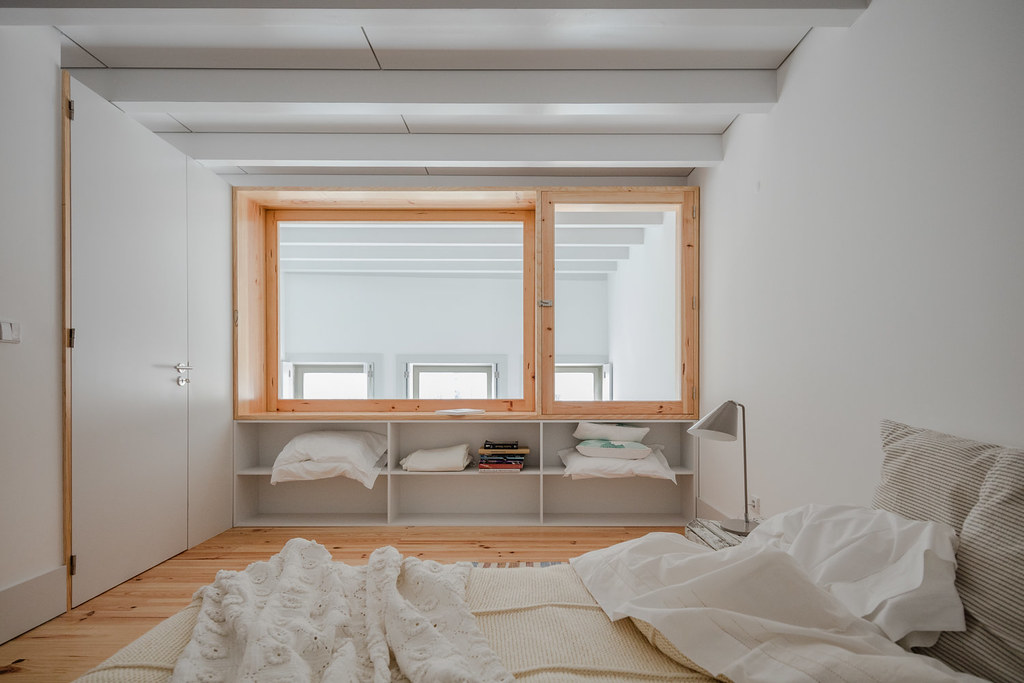 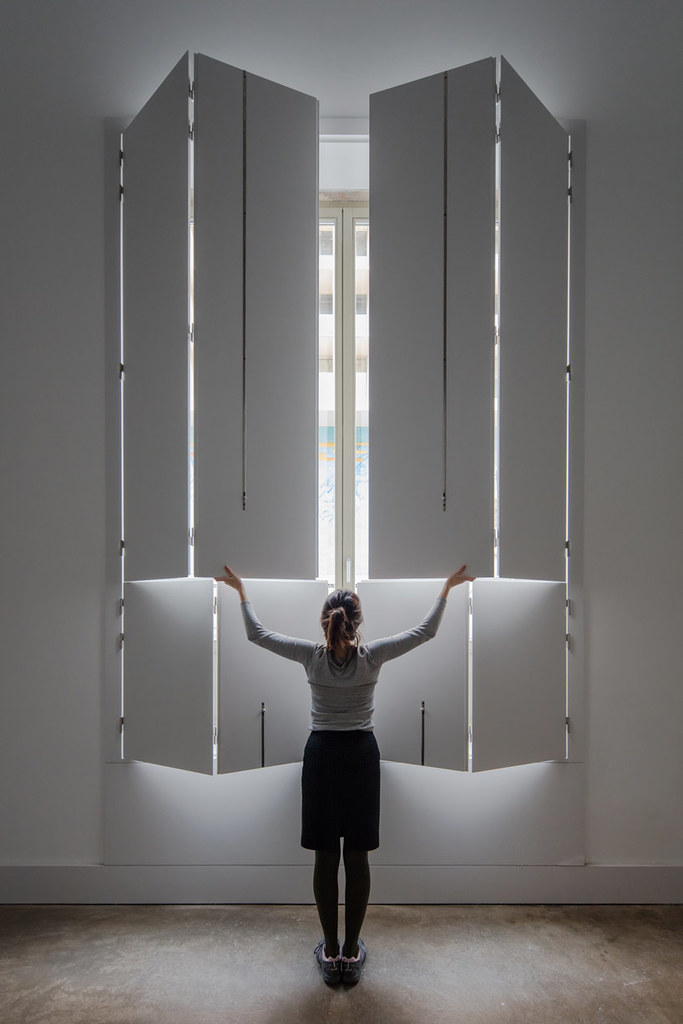 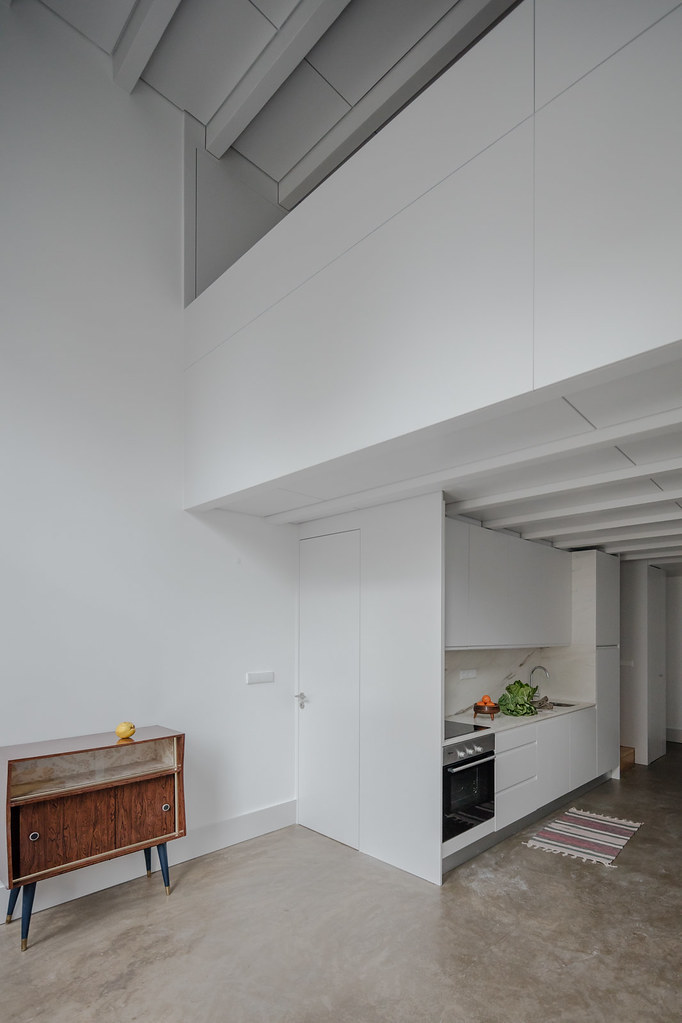 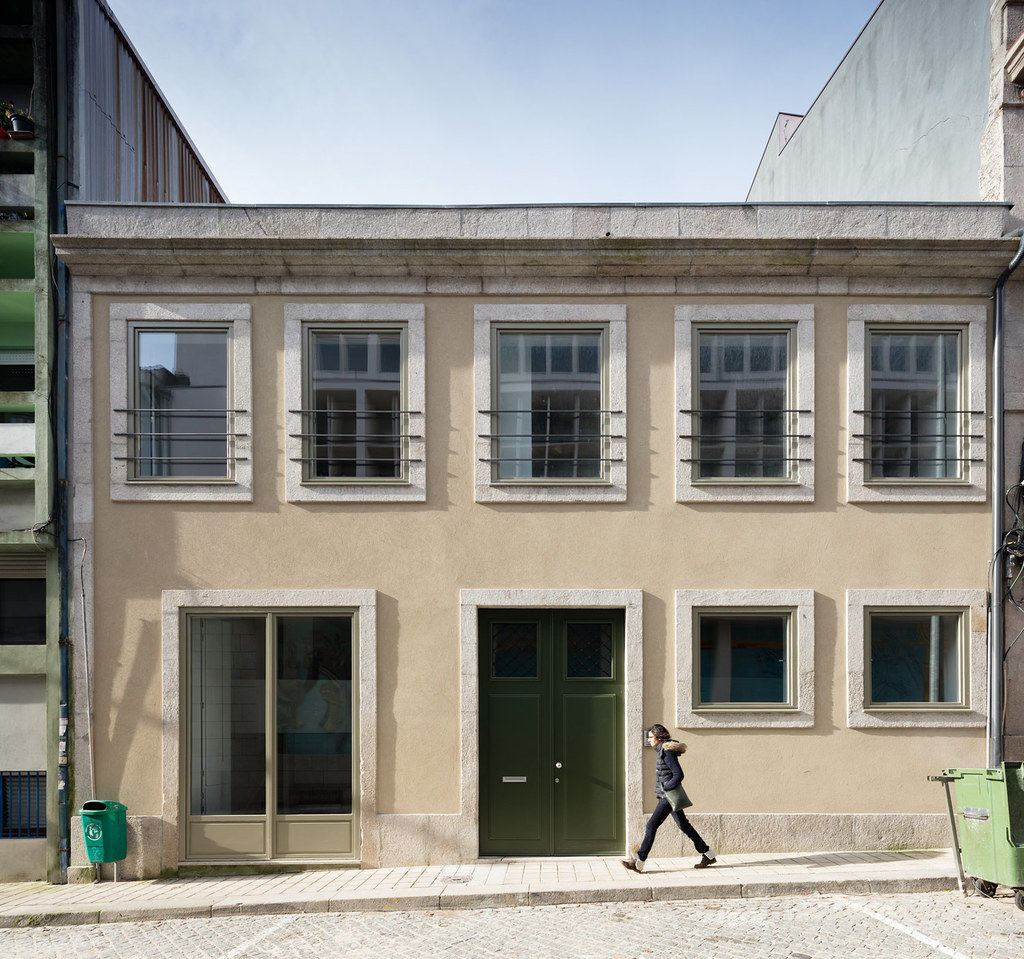