House on stilts design by Austin Maynard Architects in Australia 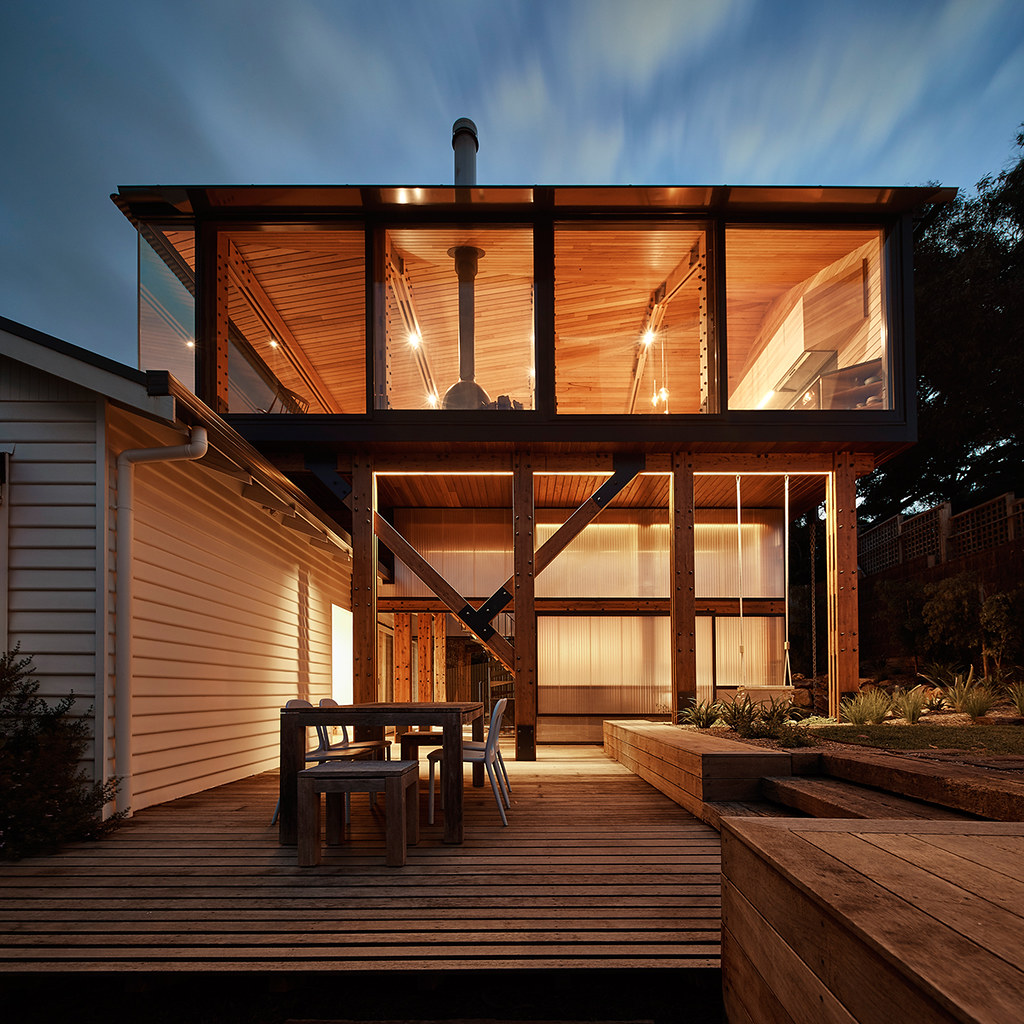 Austin Maynard Architects has restored an old beach shack and created a second house on stilts design. Dorman House is a finely crafted wooden box, independently constructed, which floats above the existing beach in Lorne, Victoria.

The solution developed by Melbourne architects Andrew Maynard and Mark Austin had to completely restore the old cabin, and then build a new building, which hovers over its roof.

Suspended extension is located at the top of the heavy timber structure and consists of a kitchen, dining room and living room, accessible by a spiral staircase. Polycarbonate was used as a light coating to infill the structure below, creating available space without adding mass, which will dominate the original architecture. The new living space is not protruding above the ridge line of the old house and avoids domination of the original huts unnecessarily.

While the old kitchen was converted into a second bathroom and laundry room, the original beach shack remains largely unchanged. It was cleaned up and repainted, so that charm and character of the postwar shack was saved.

We do our best to avoid the simple temptation of demolishing and replacing.

Where extensions are required/desired, we aim to retain and respect the existing shack and its scale.

In contrast to the modest cabin with monochrome painted weatherboard exterior, the new building consists of a range of advanced materials, including large glazed panels, translucent polycarbonate plastic and richly tinted ash.

Cross-bred cypress foundation provides sufficient support to enable the top of the structure to rise above the shack’s roof. This structure makes the building look like a glasshouse on stilts. 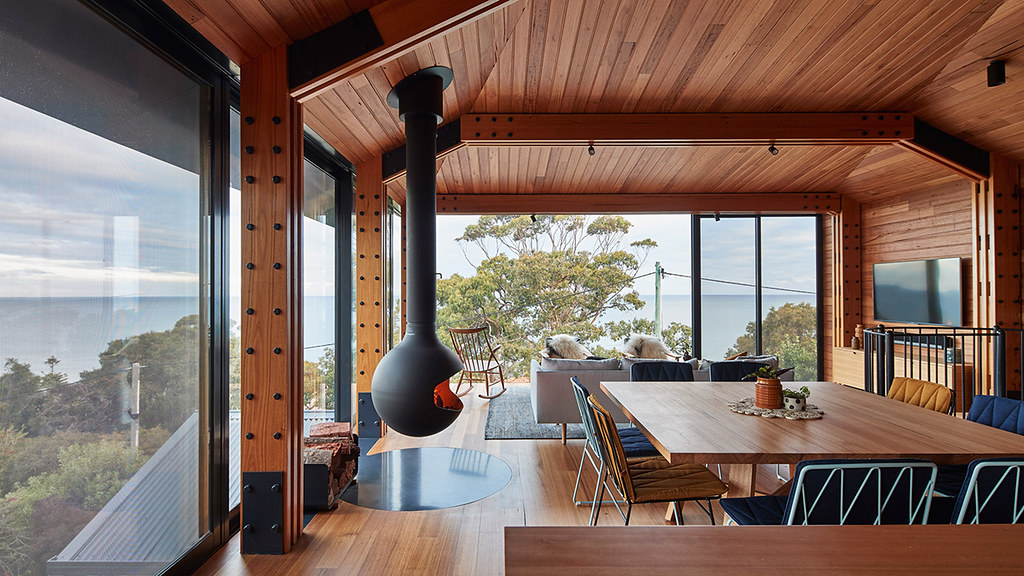 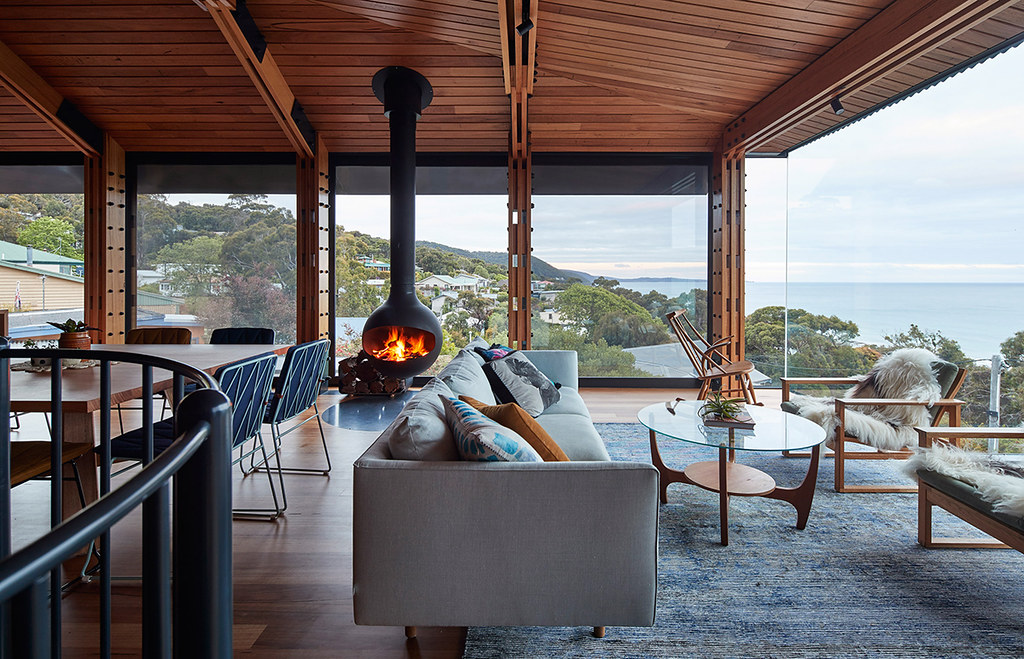 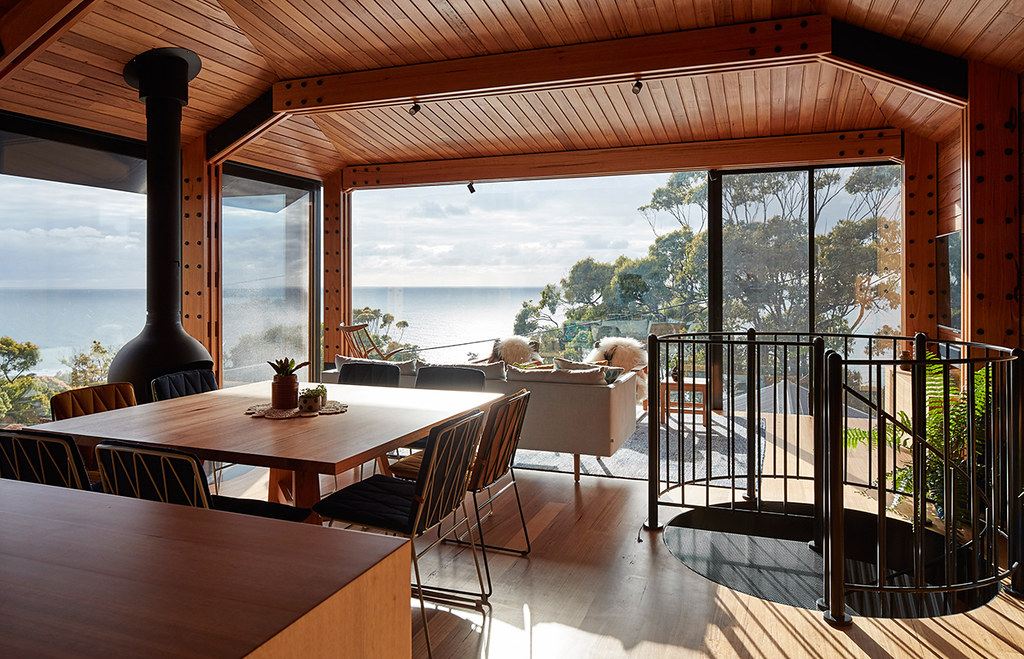 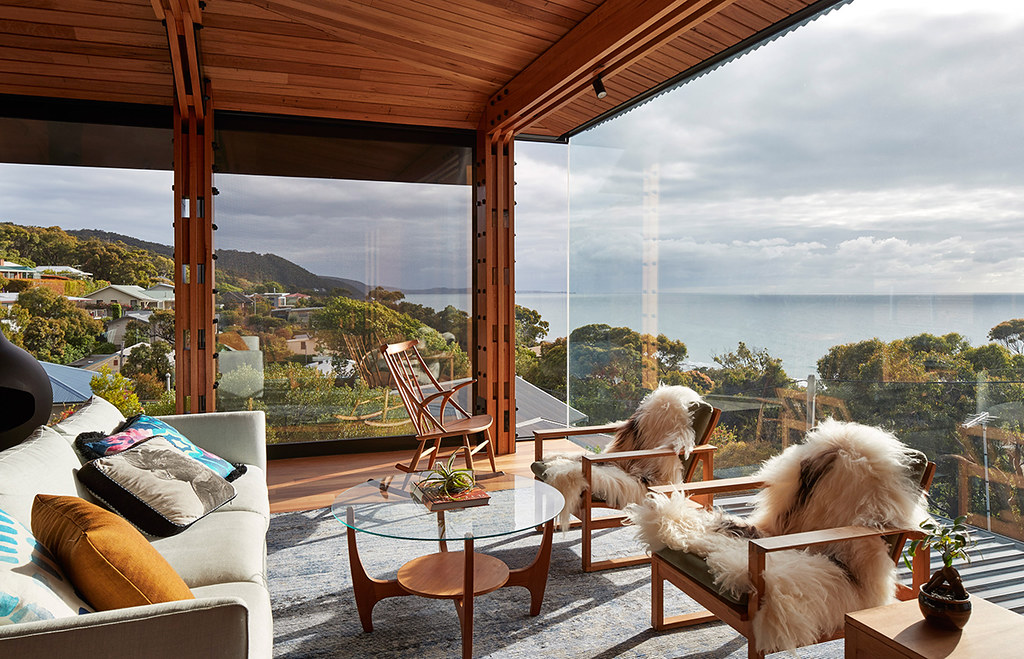 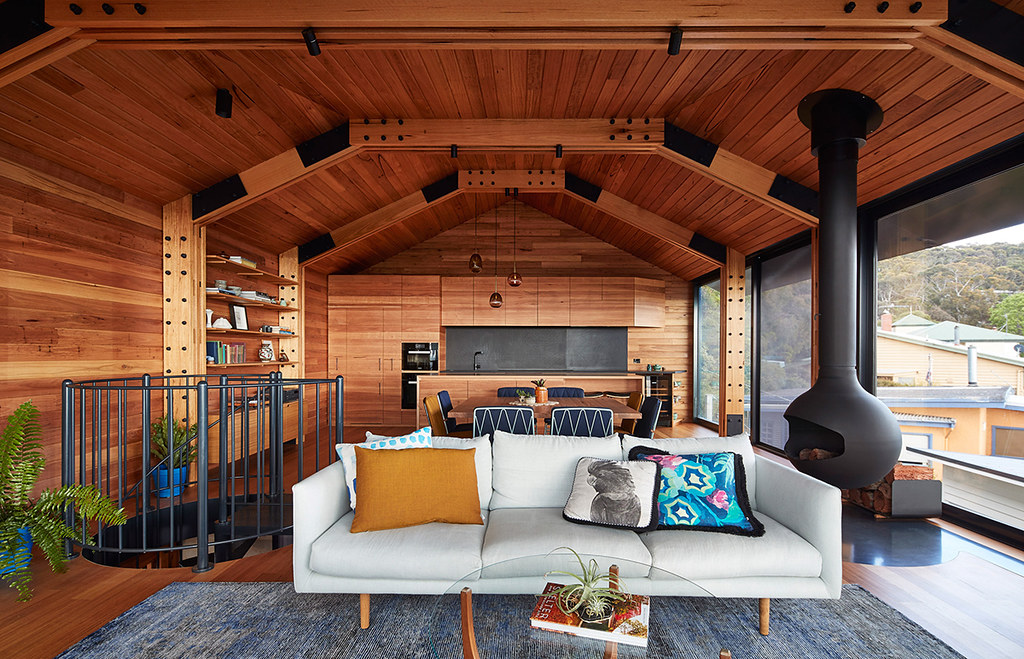 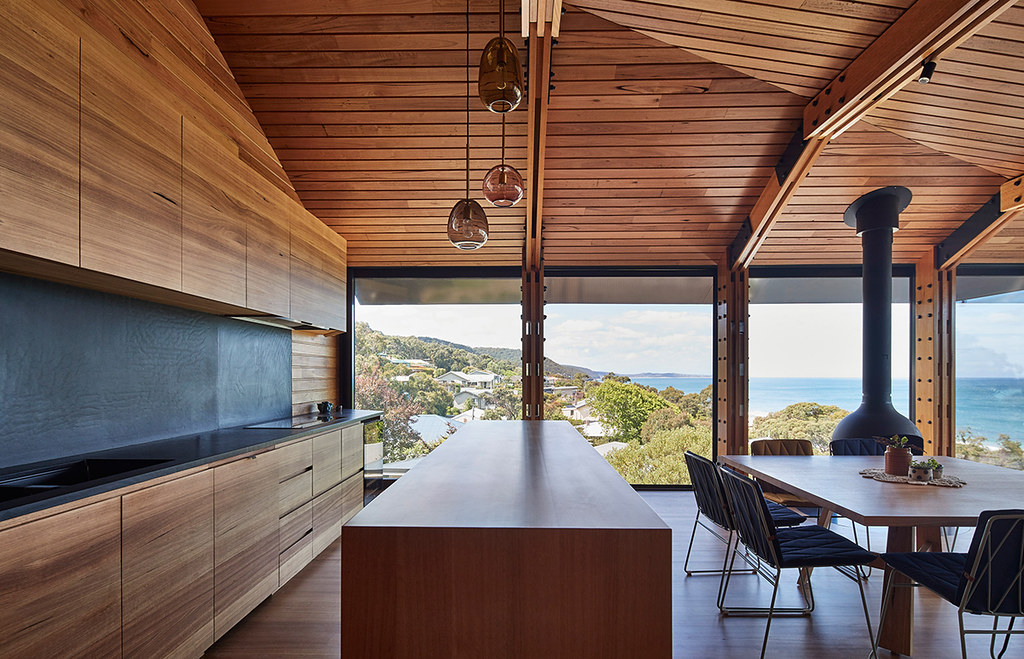 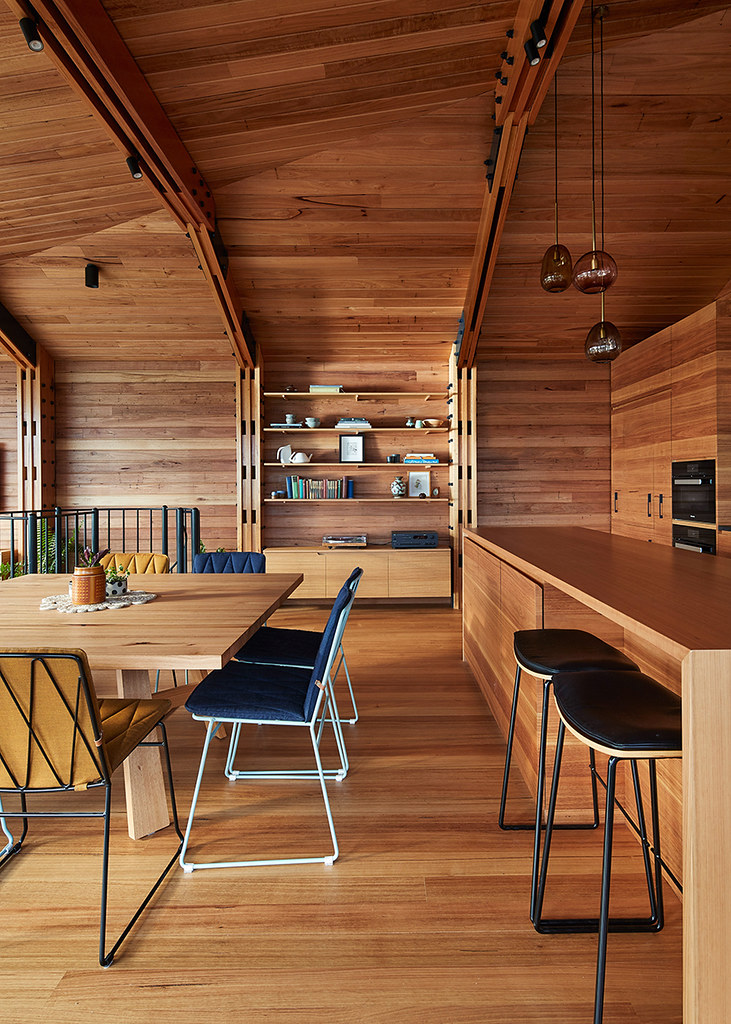 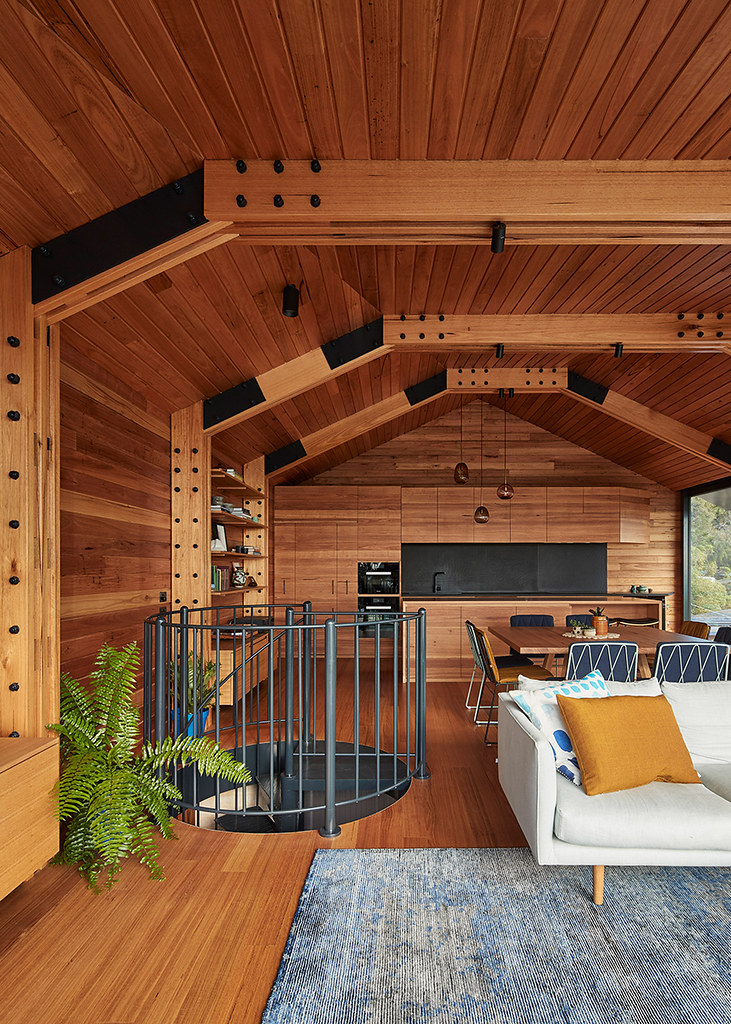 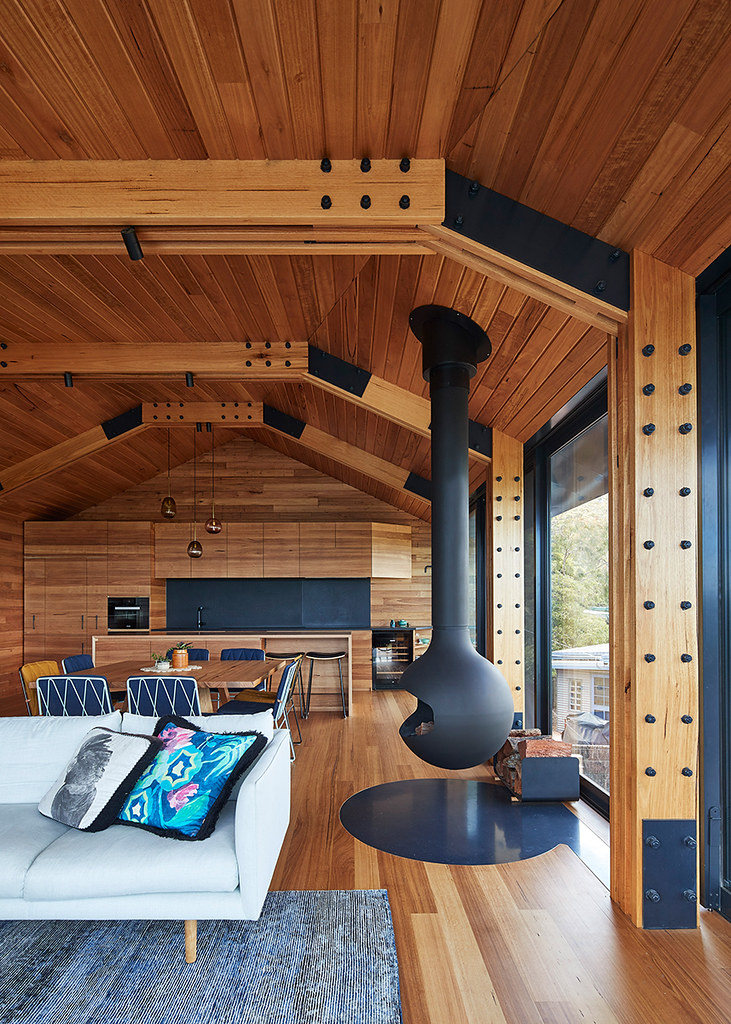 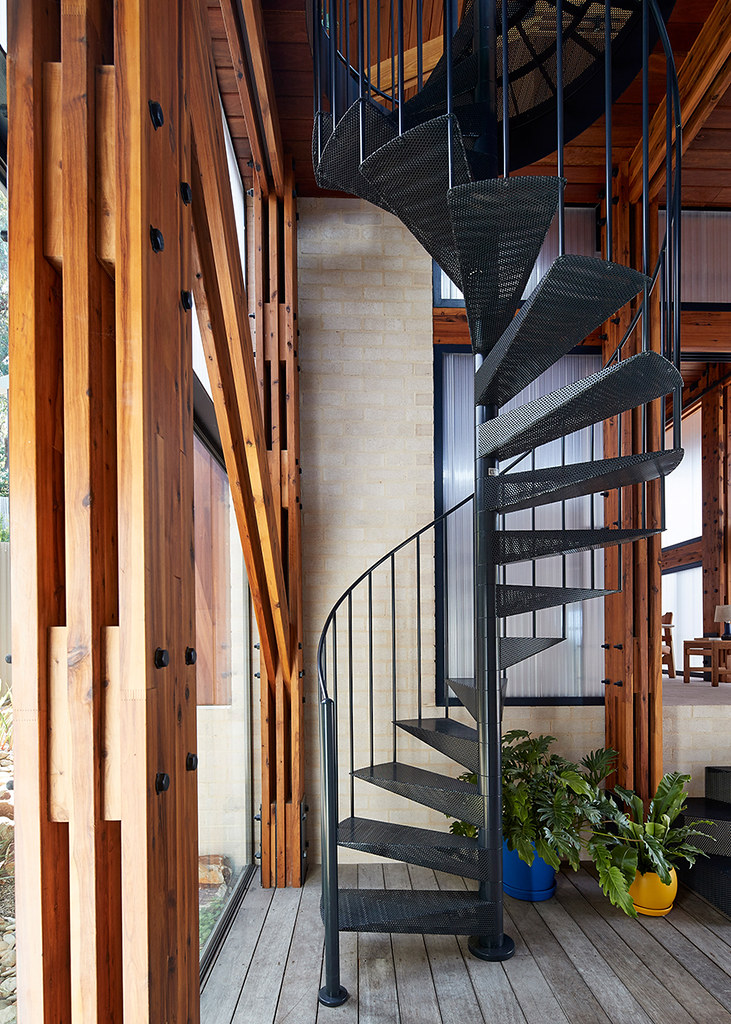 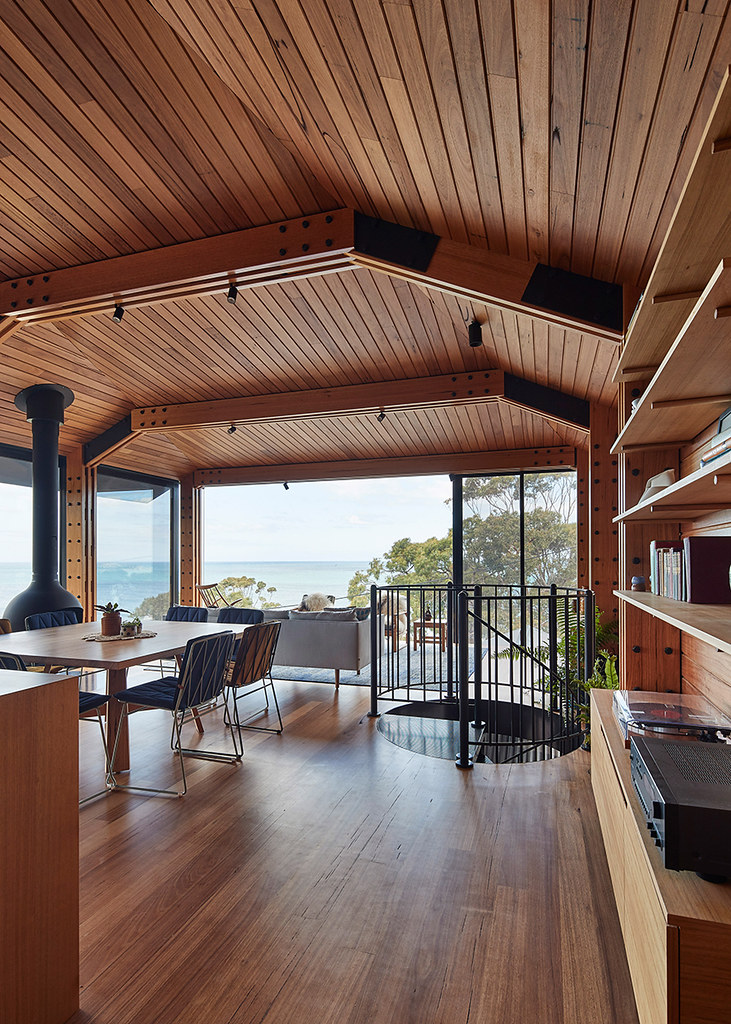 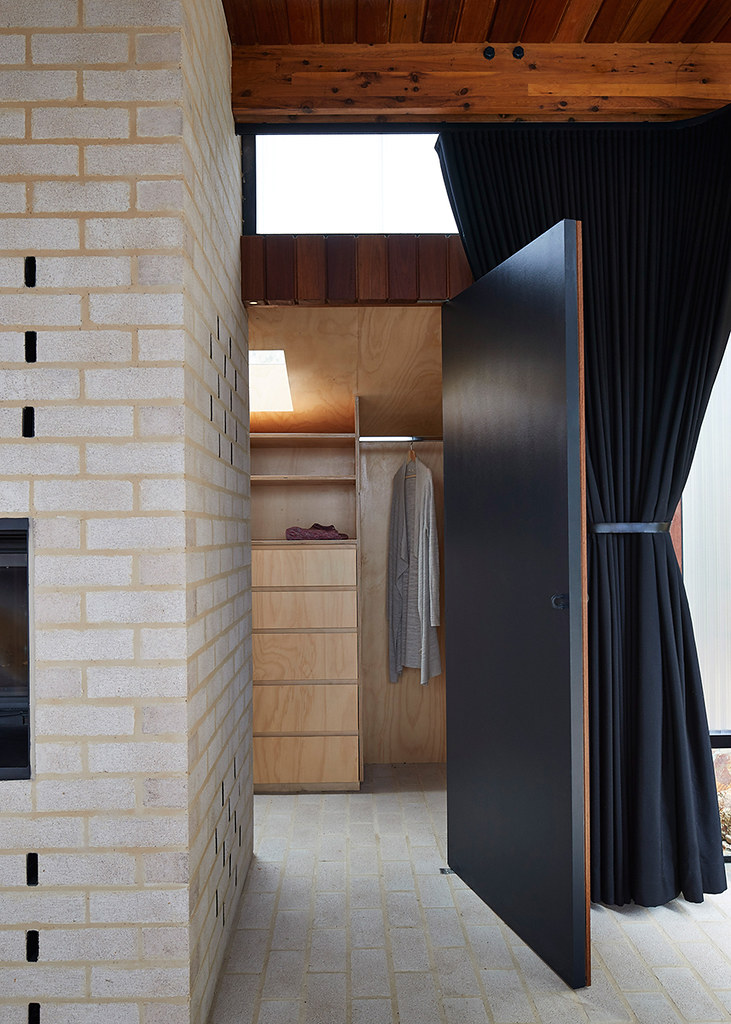 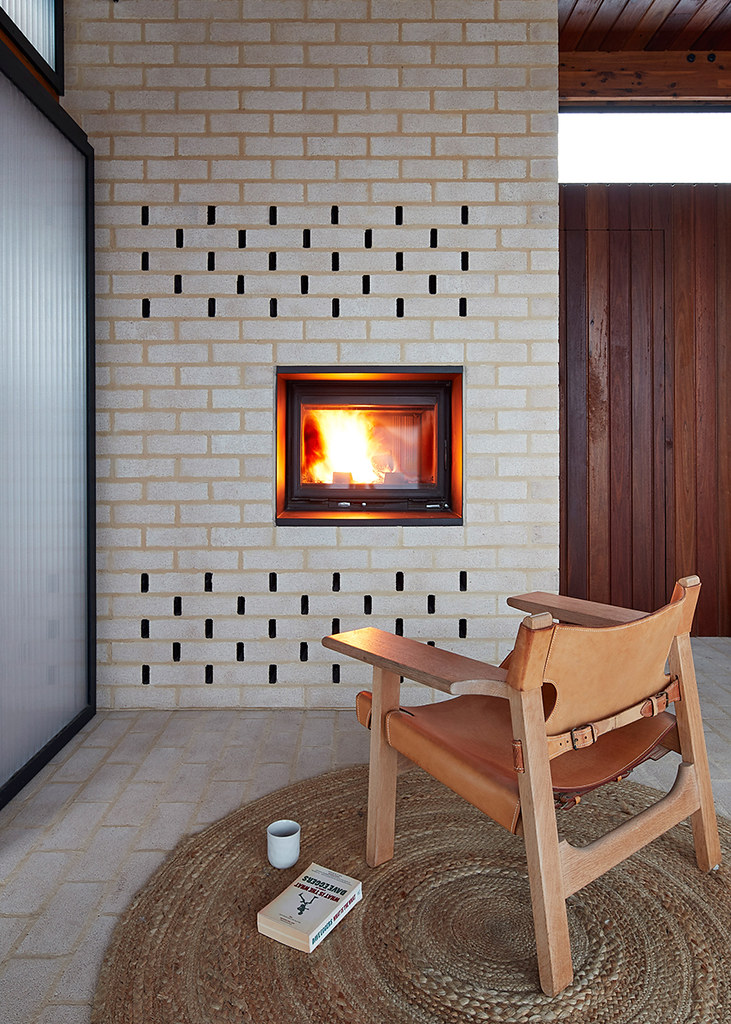 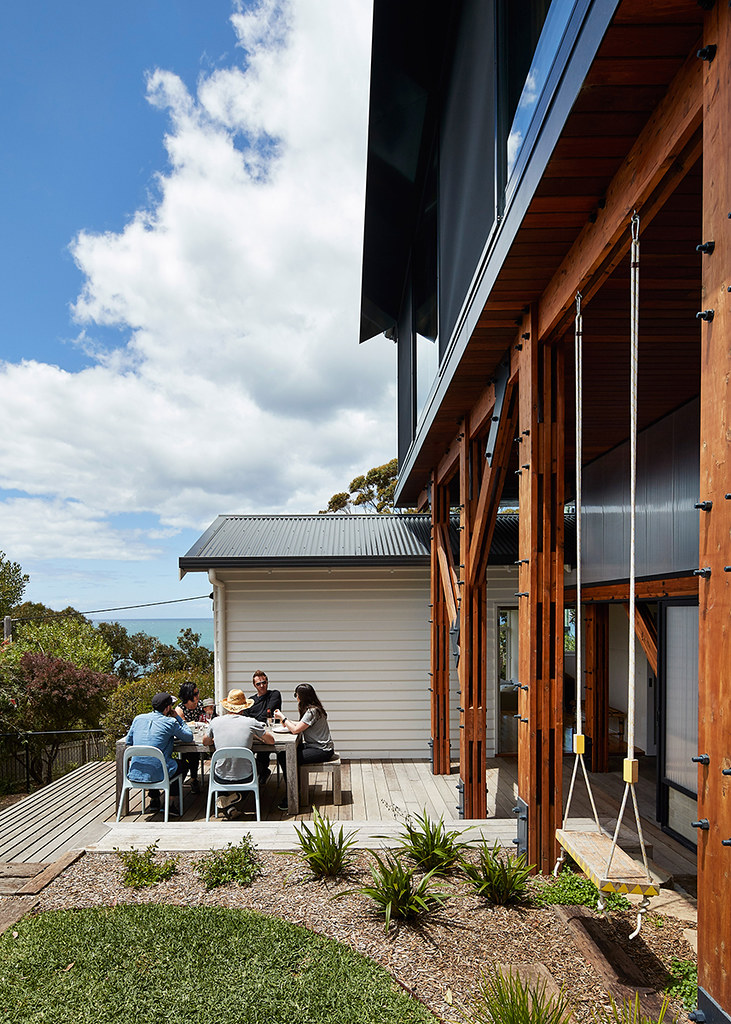 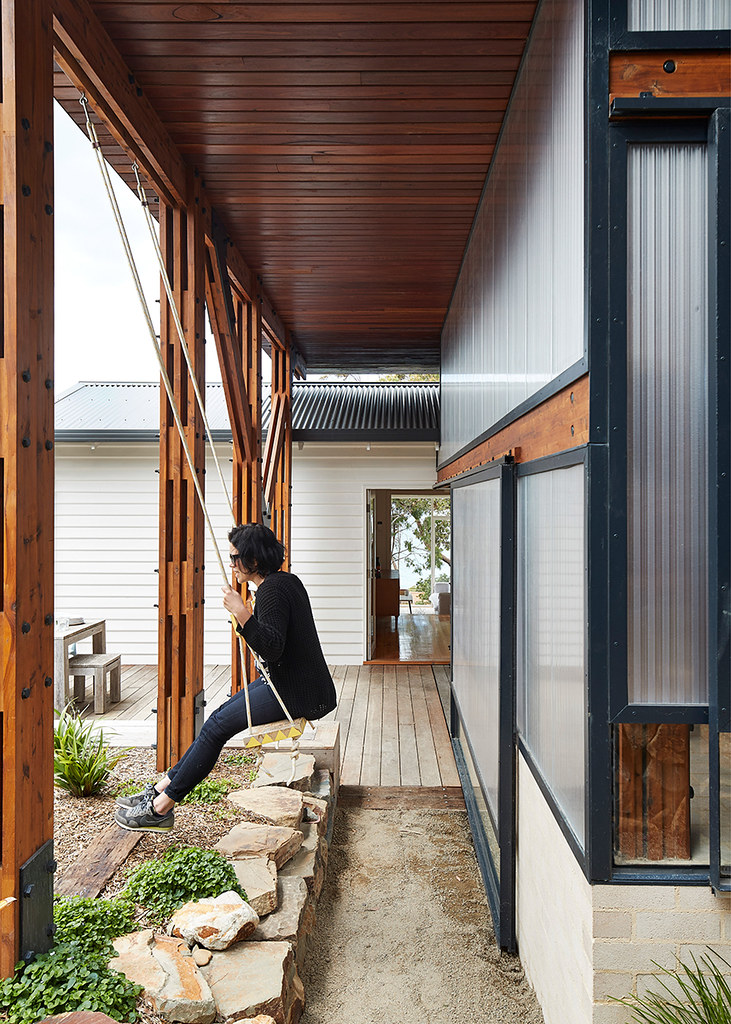 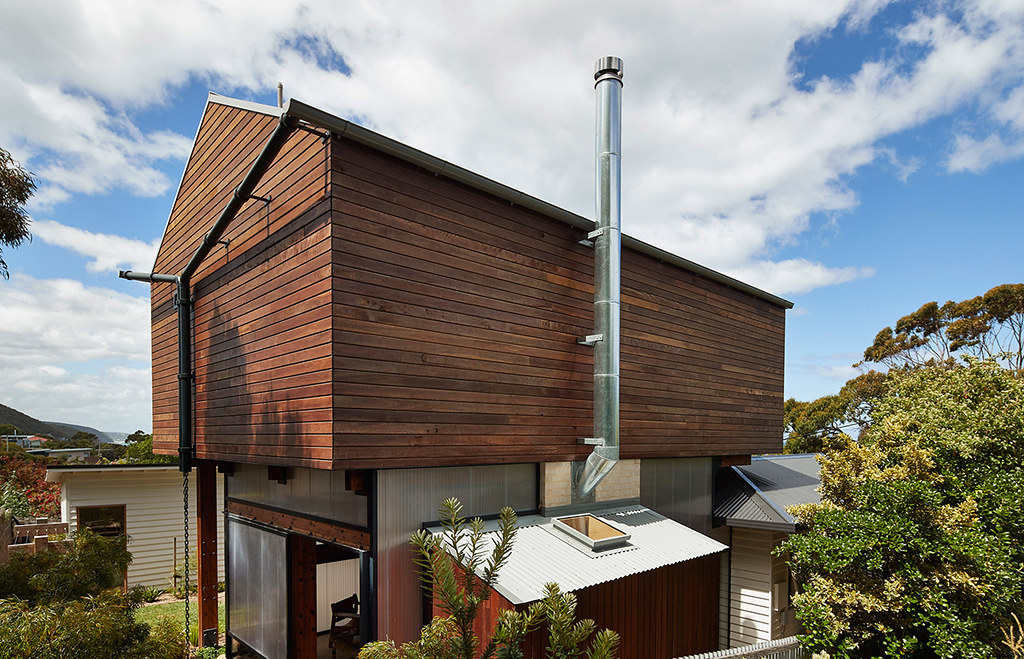 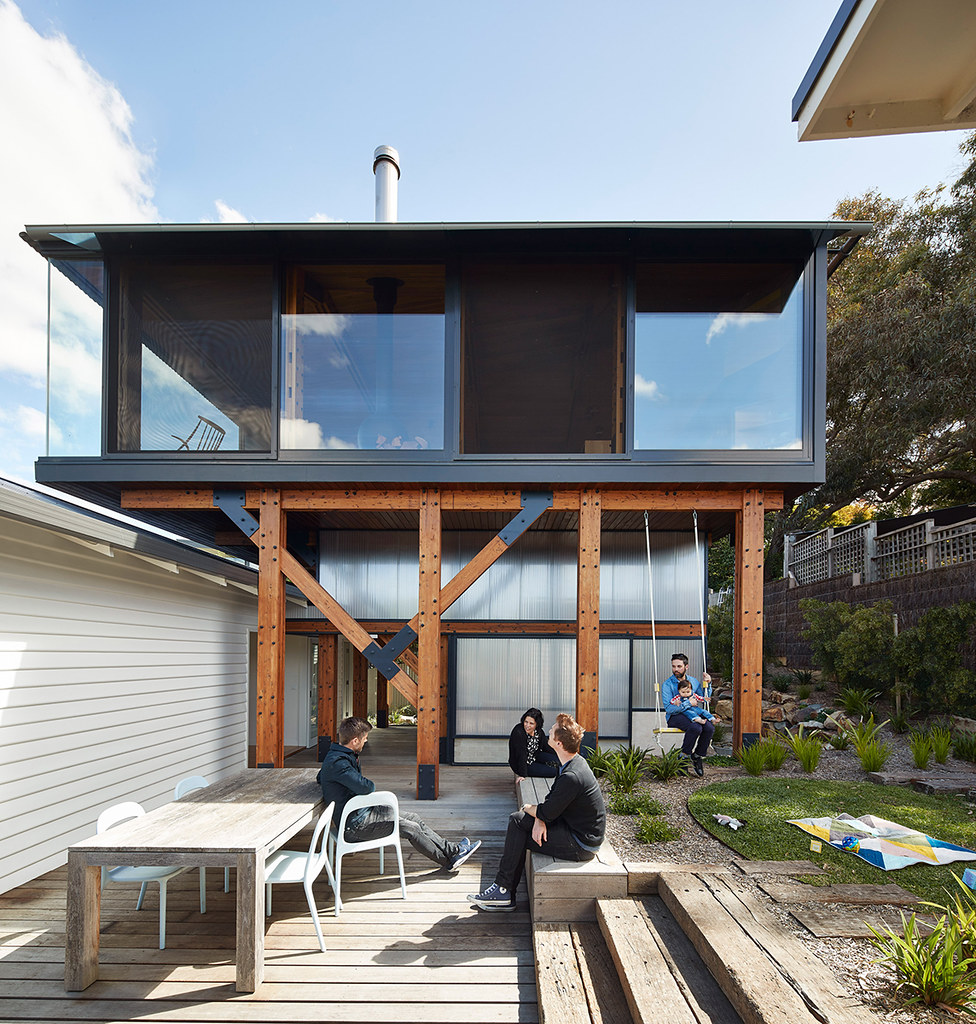 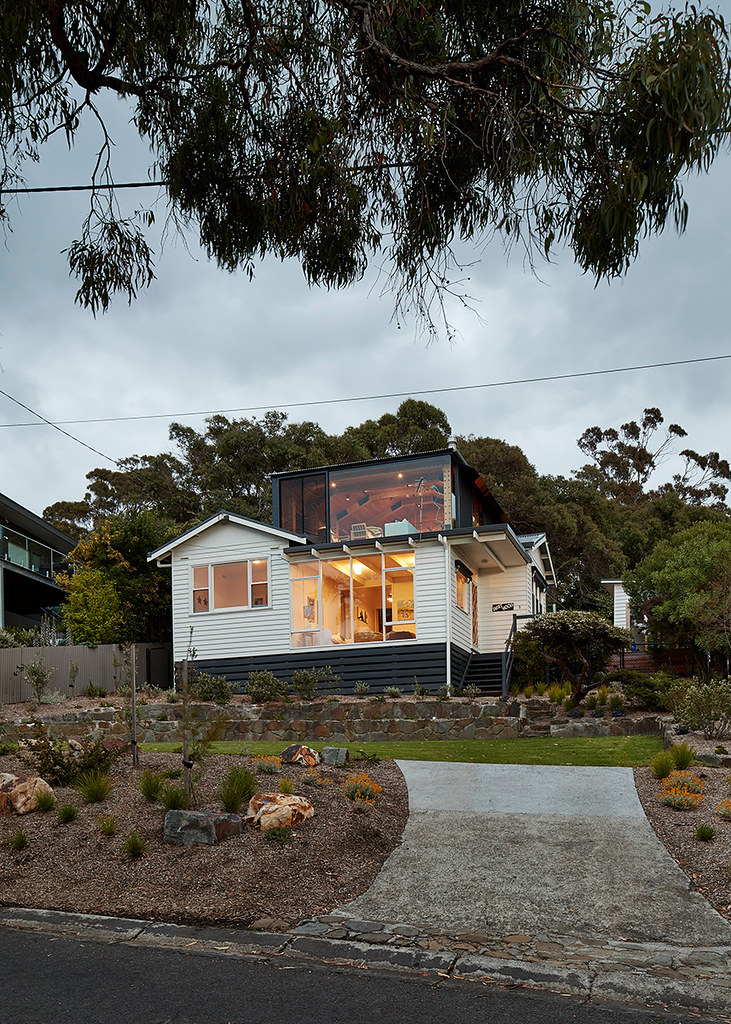 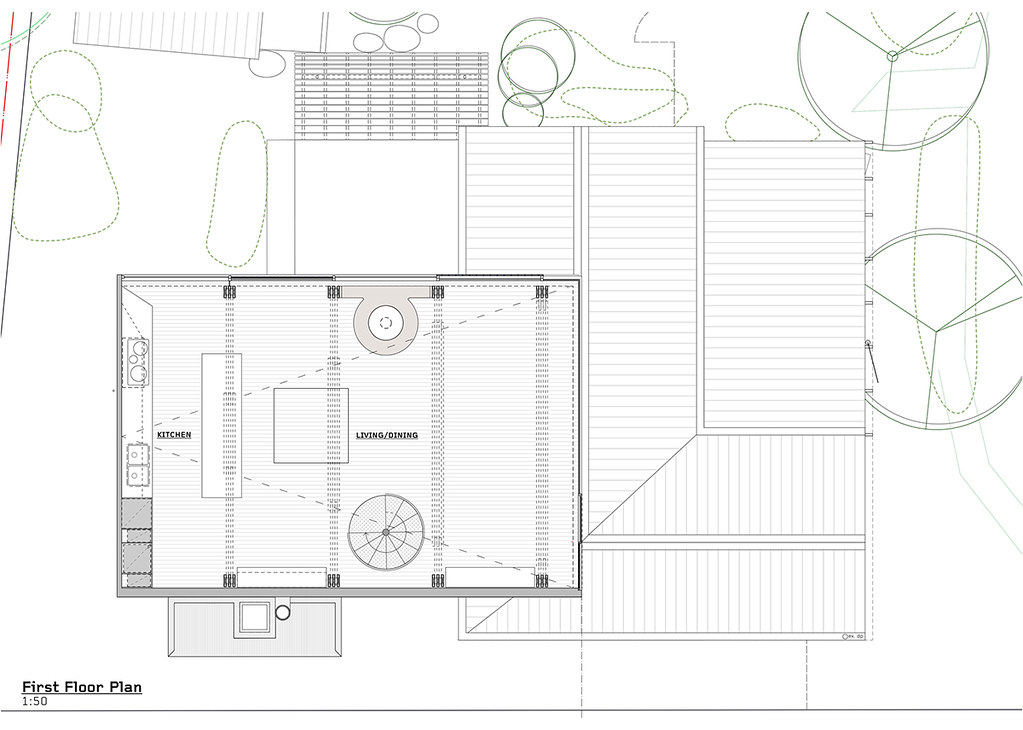 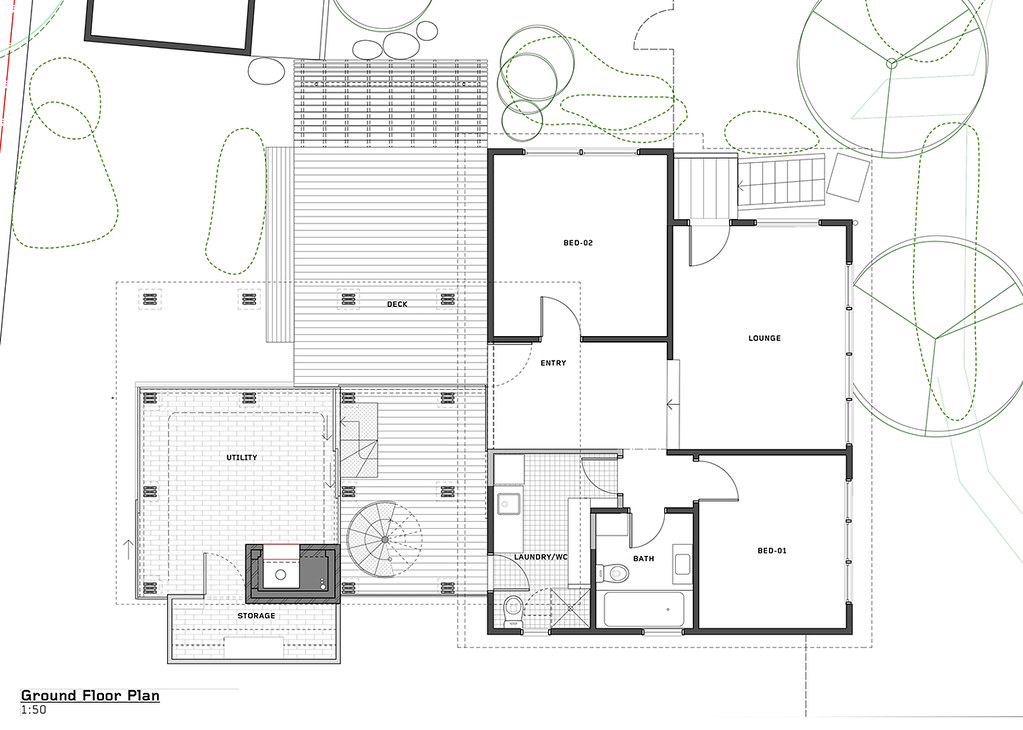 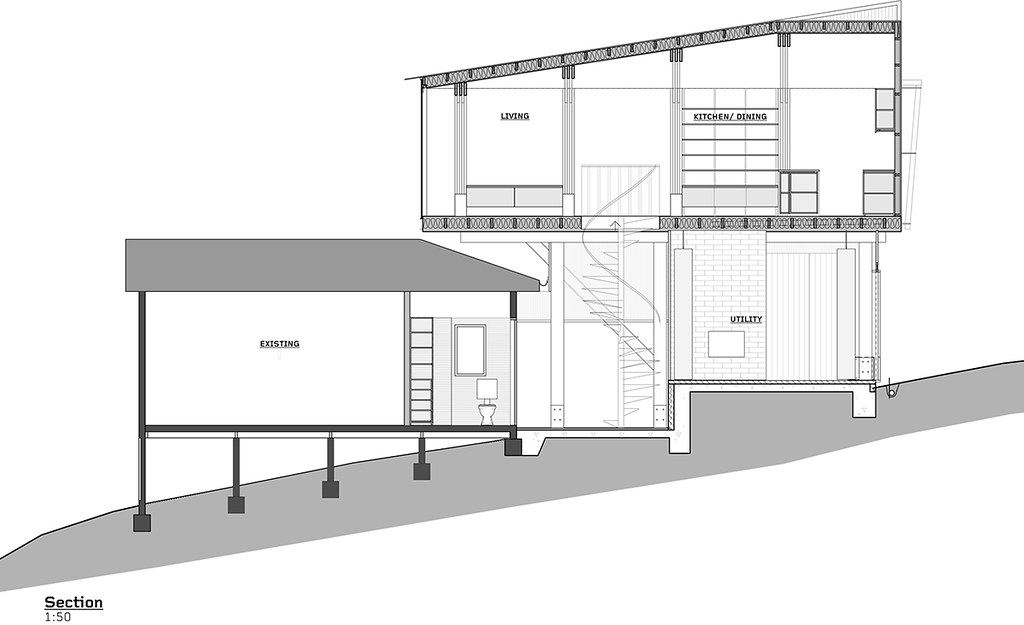