Sculptural house in the Belgaum city by local studio Anahata 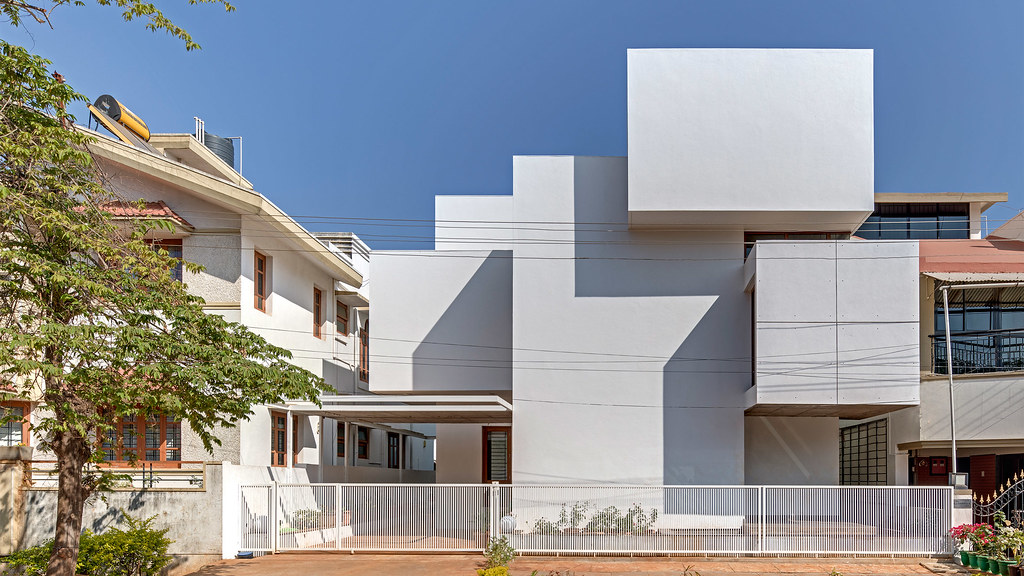 The facade of this sculptural house in the Indian town of Belgaum consists of chess blocks containing rooms that extend from the central yard filled with plants. Padival House was designed by the local studio Anahata for a young couple with two children who wanted a modern house to be located on a site in a typical residential neighborhood.

The previous family house was located in the coastal city of Mangalore, it was a traditional villa organized around the courtyard. Architects sought to reproduce the sensation of this building in the design of the contrasting modern city house.

The idea was to create a cleaner architecture.

Of architecture devoid of its secondary objects, reduced only to its elements and feelings that the space itself causes. 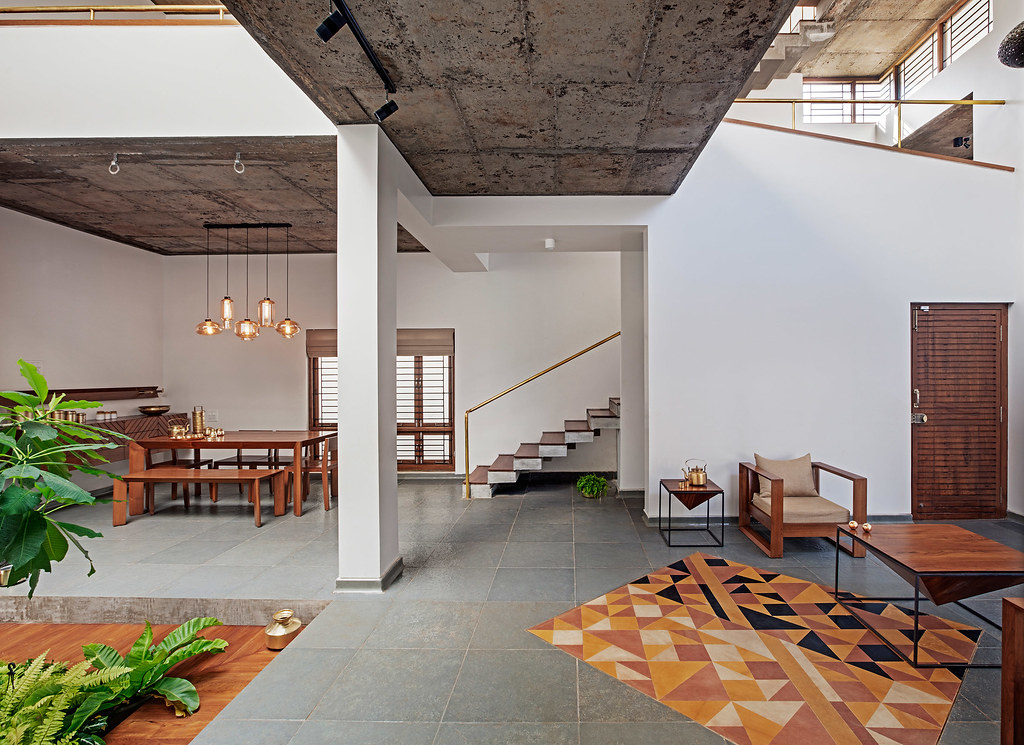 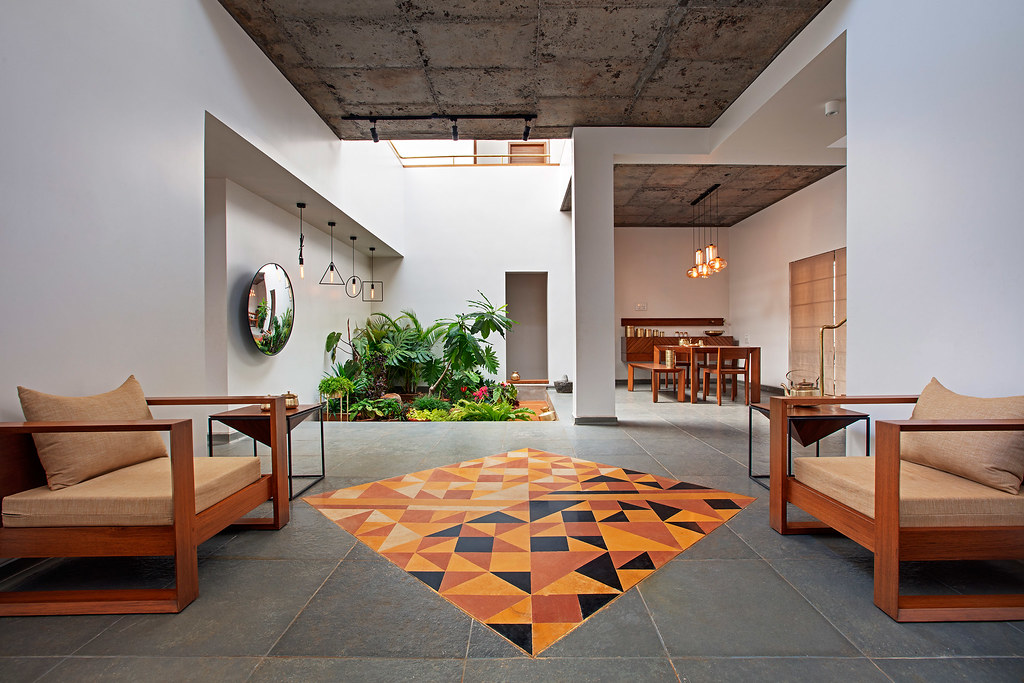 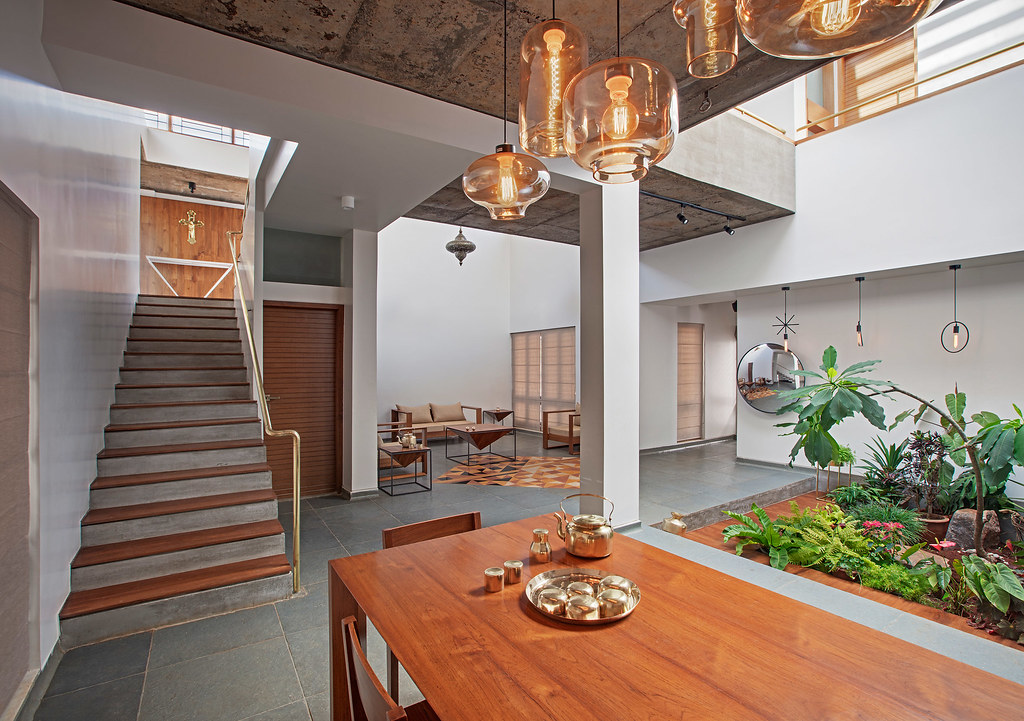 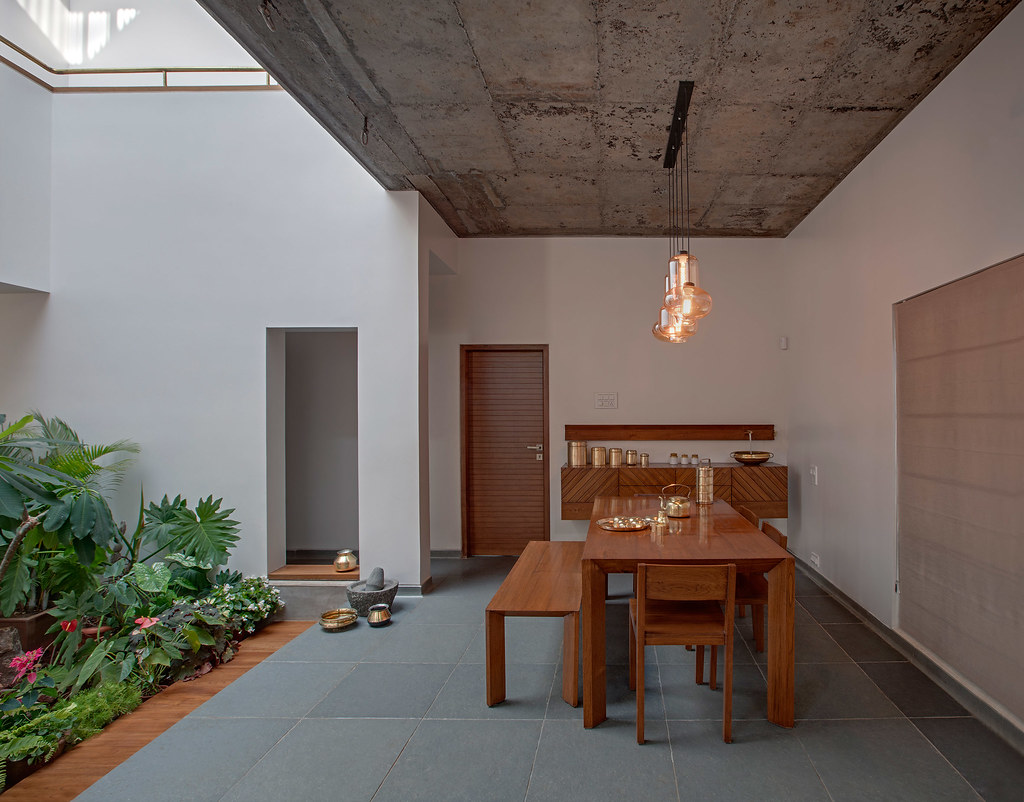 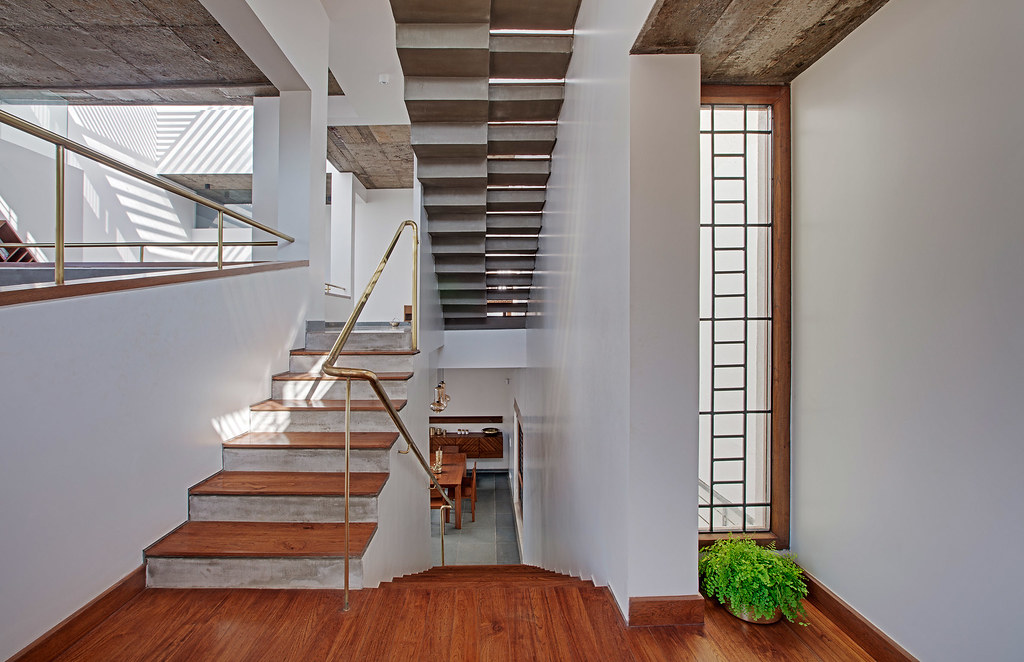 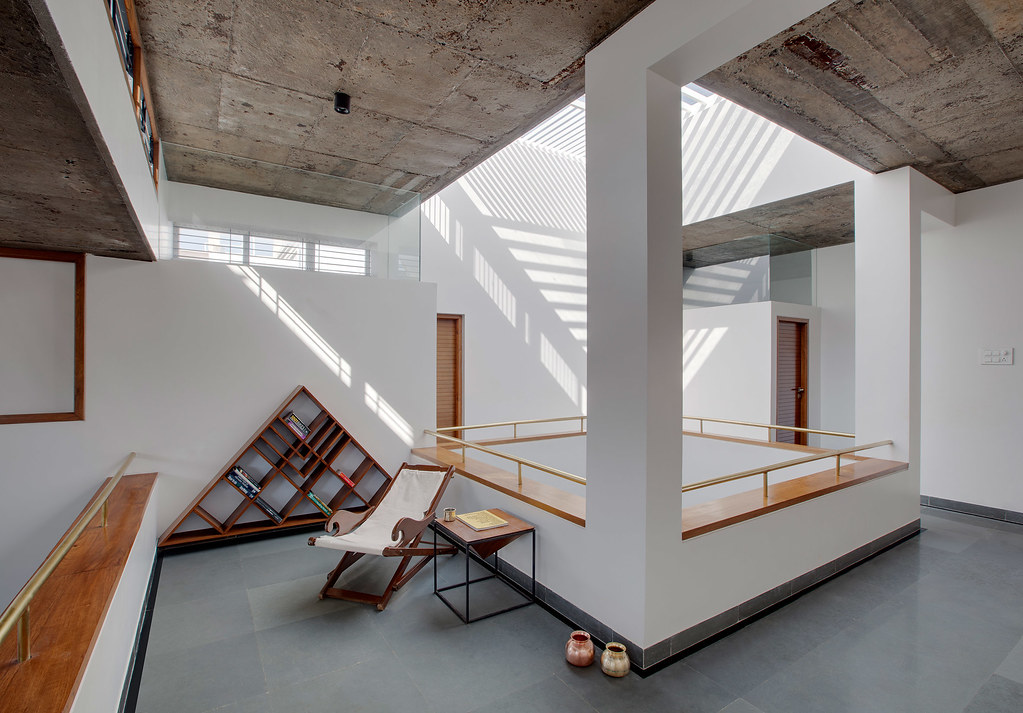 In response to the proximity of the building to the busy road, a mostly closed facade with a series of stepped volumes was applied. Each block reflects the location of the internal structure and leads to a multidimensional surface that changes outwardly when the sun passes through it during the day.

The composition wall naturally resembles a fabric — very light and absent, preserving the composition of serenity. The sculptural house can confidently claim the title of the art work.

On the first floor, the living room area from one side of the lobby unimpededly passes into the dining room. 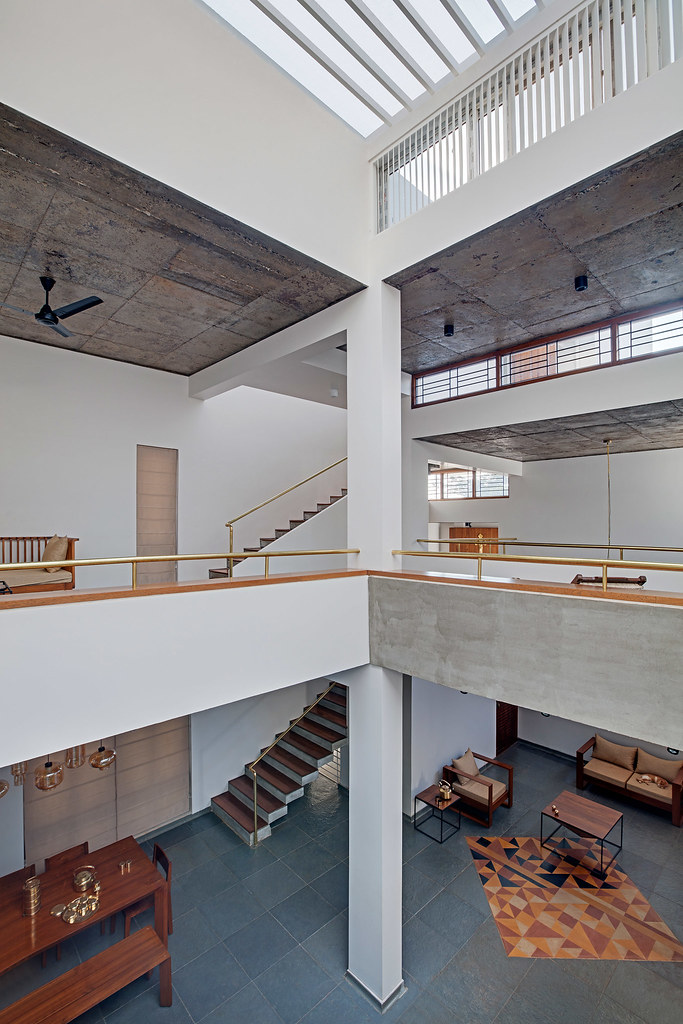 The height of the ceilings that vary in this open-plan space corresponds to the location of the rooms above. The library is located on the mezzanine overlooking the courtyard on one side and on the other — lounge.

Light, as a building material, is carefully fashioned to divide spaces and their functionality. As sunlight changes throughout the day, shadows make space dynamic and ever-changing in all seasons.

The windows in the lobby on the upper levels allow the light to enter and create visual connections between the central courtyard and the surrounding rooms, including the bedrooms. 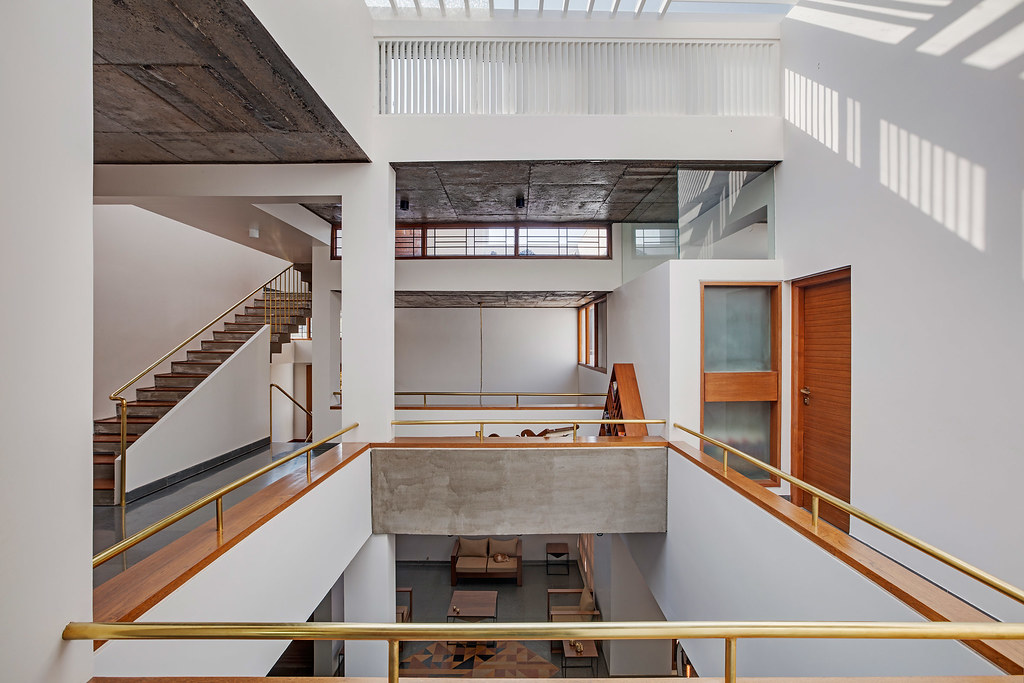 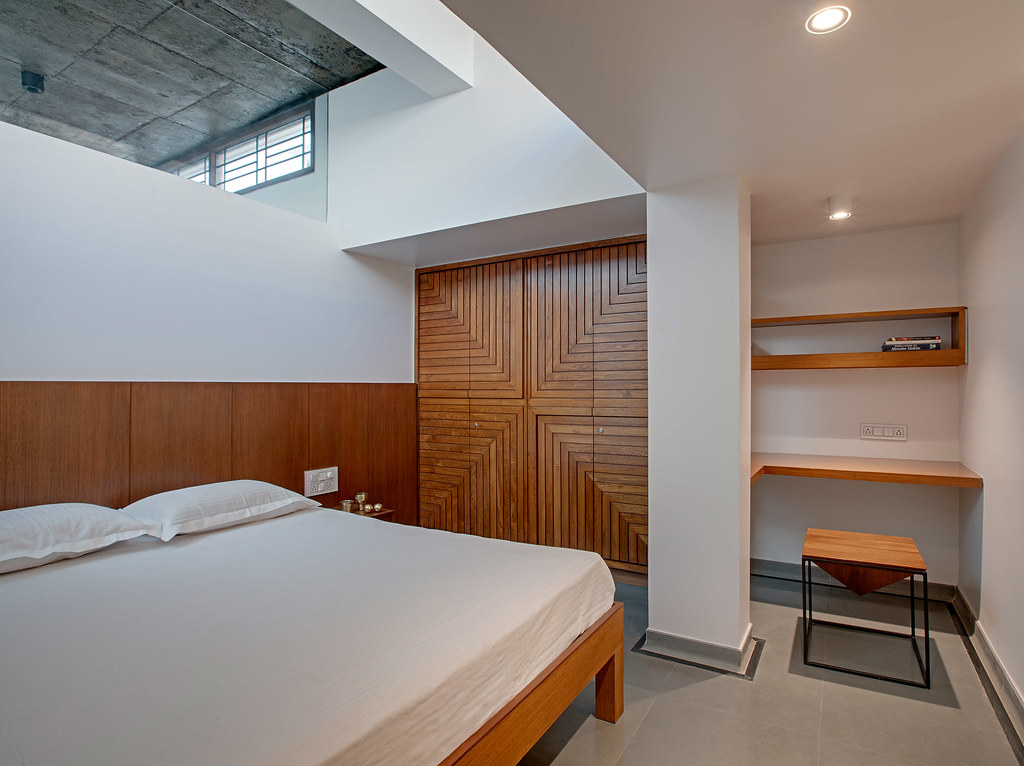 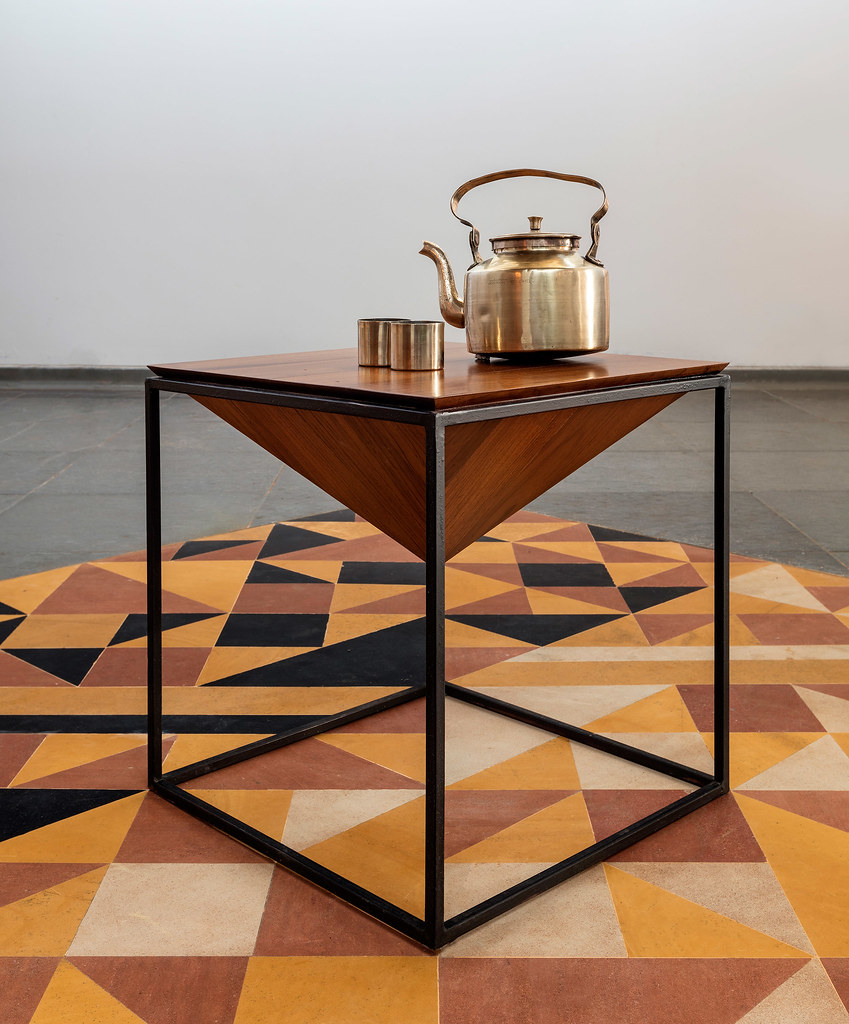 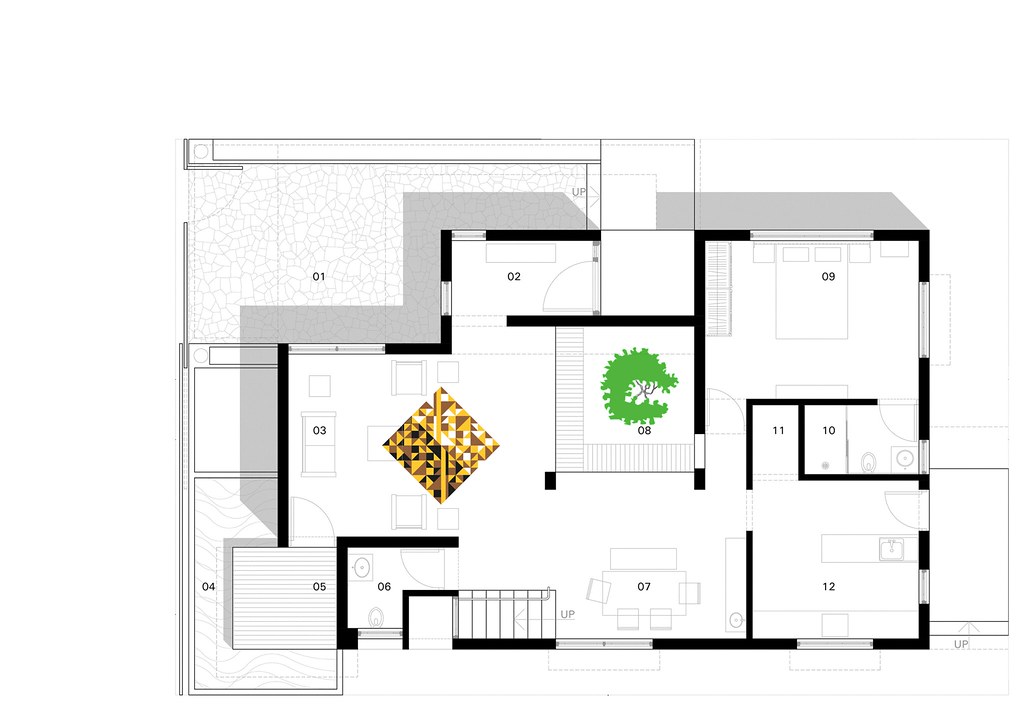