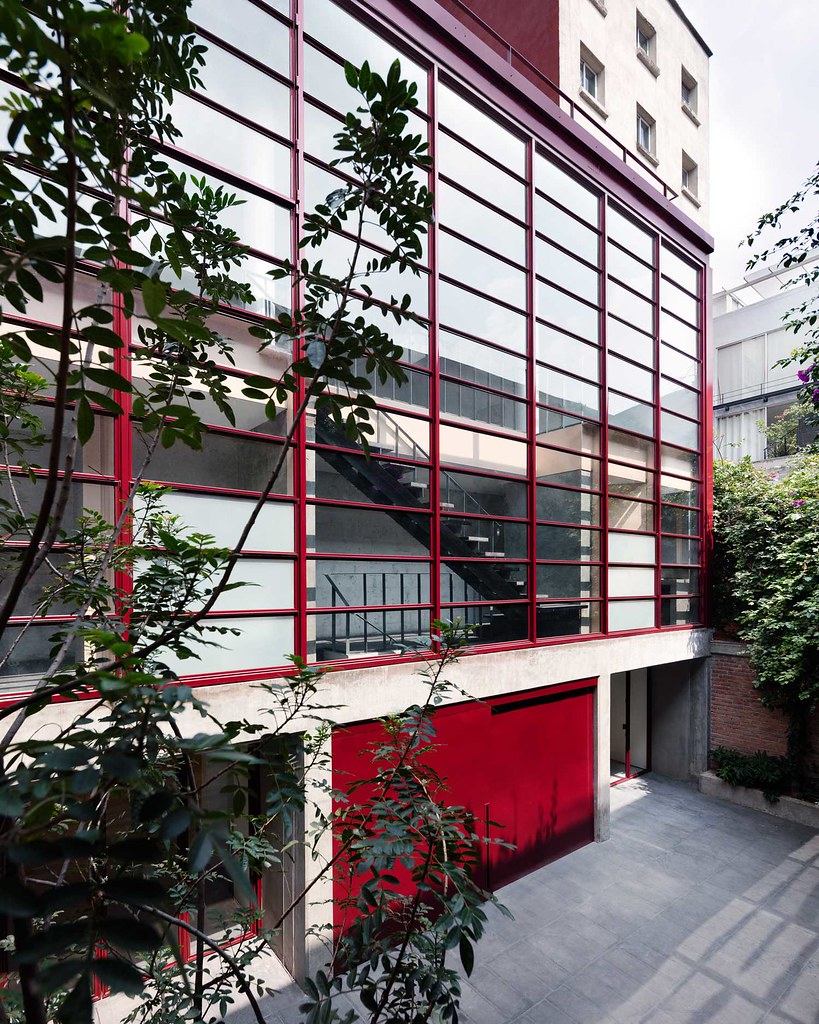 The present Mexican building still was useless abandoned premises, architects thought it was a little-known Mexican Belleza which may be of interest. Mexican Galería OMR moved to newly renovated villa in the capital. Led by three men, a team of architects and designers; Mateo Riestra, Jose of Arnaud-Bello and Max von Werz, a string of transformed and new spaces were woven together to promote a pedestal OMR on the international art scene. More importantly, it is overwhelmed with the amazing series of sickeningly awesome details. And I mean the details that have been crafted and finished so finely, ‘shut the front door’ just doesn’t cut it.

Architects have argued that after 30 years in a turn-of-the-century Porfirian villas, modern art Galería OMR decided to move to a new location. They stripped back the building of the 1960s, and added one-storey extension on top.

The villa renovation strategy is to maintain the existing Brutalist buildings as much as possible by adjusting some details of the interior, in order to identify the nature of the building and turn it into a generous exhibition space.

After entering through a lobby filled with plants and a minimalist reception area, visitors will find a large open-plan room intended to be constantly altered to various shows. Until now, a concrete floor was covered with a layer of sand for the exhibition of colorful paintings by Matti Braun, as well as additional areas have been exposed to show pictures of the Mexican theaters Candida Höfer.

The crude concrete is exposed through a coffered ceiling and four supporting columns, while white is used for the surrounding walls.
At the rear, the two glass doors lead to the private patio, where the walls are covered with lush greenery.

A larger door, painted in bright red color, can be opened to transport the sculptures outside. Red continues on frame for glazed wall, which extends up to the rear of the building. This facade fronts to the vertical circulation space, which is almost entirely concrete. 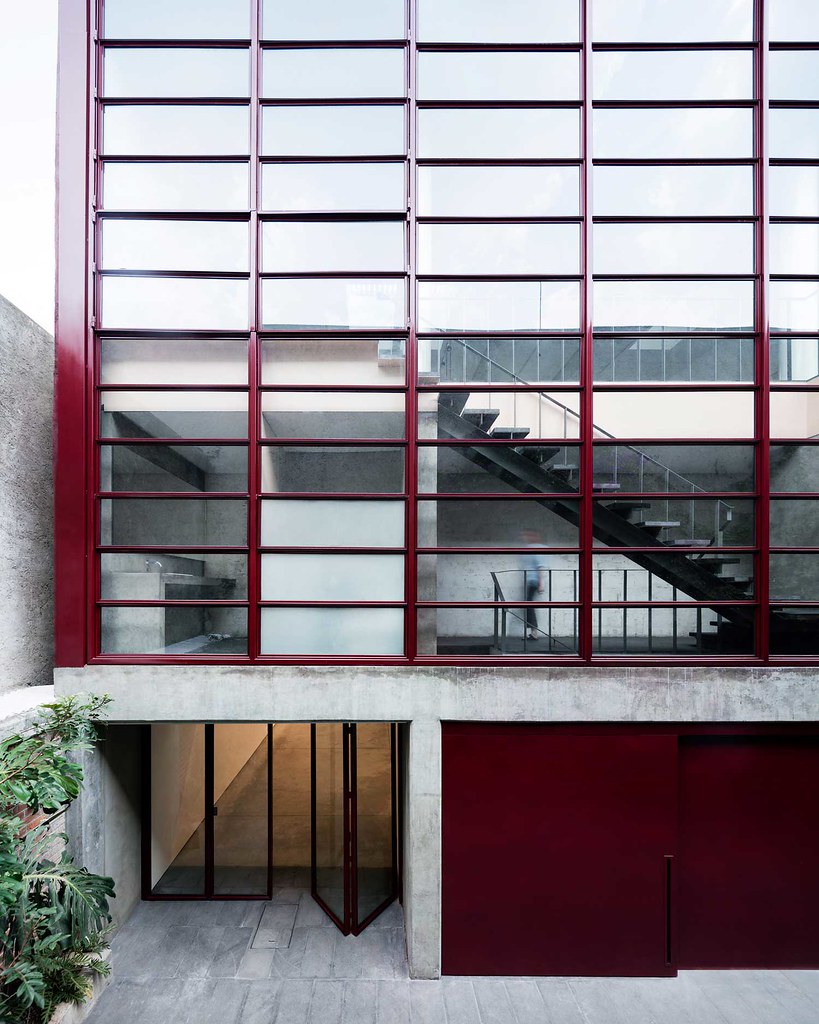 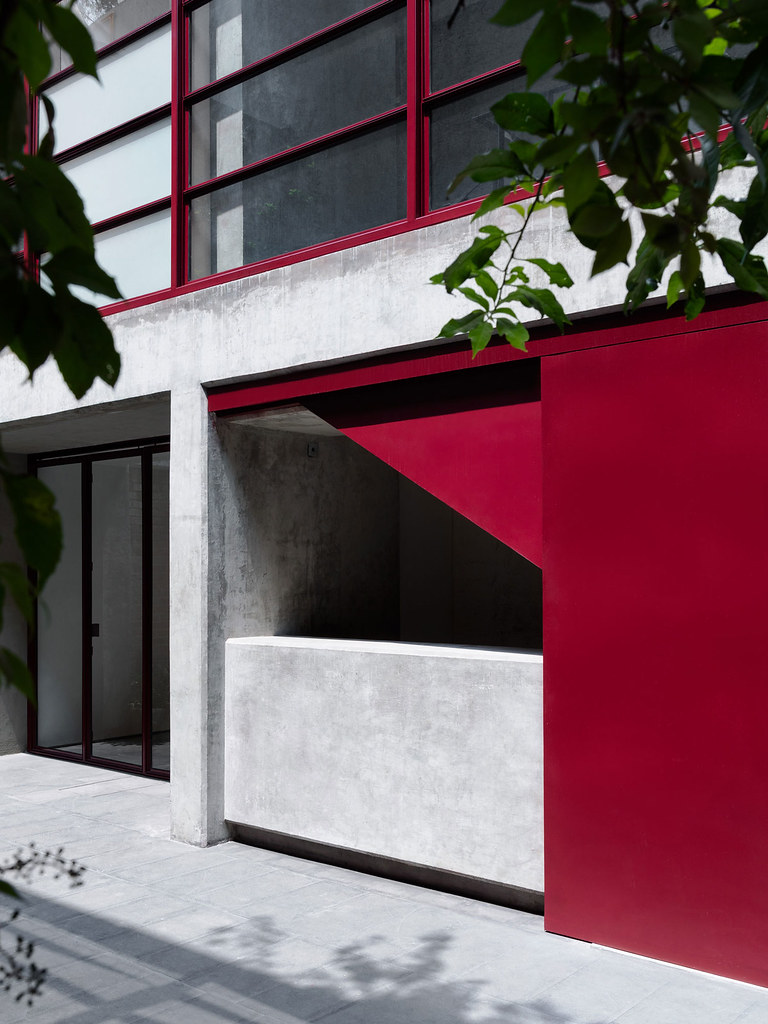 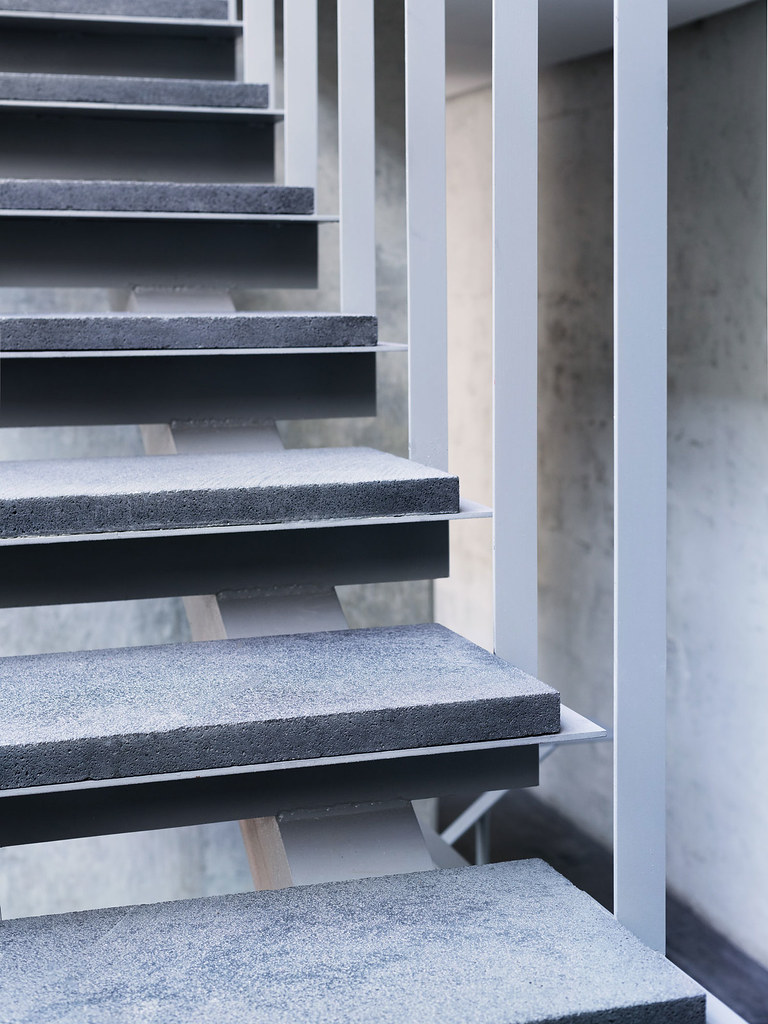 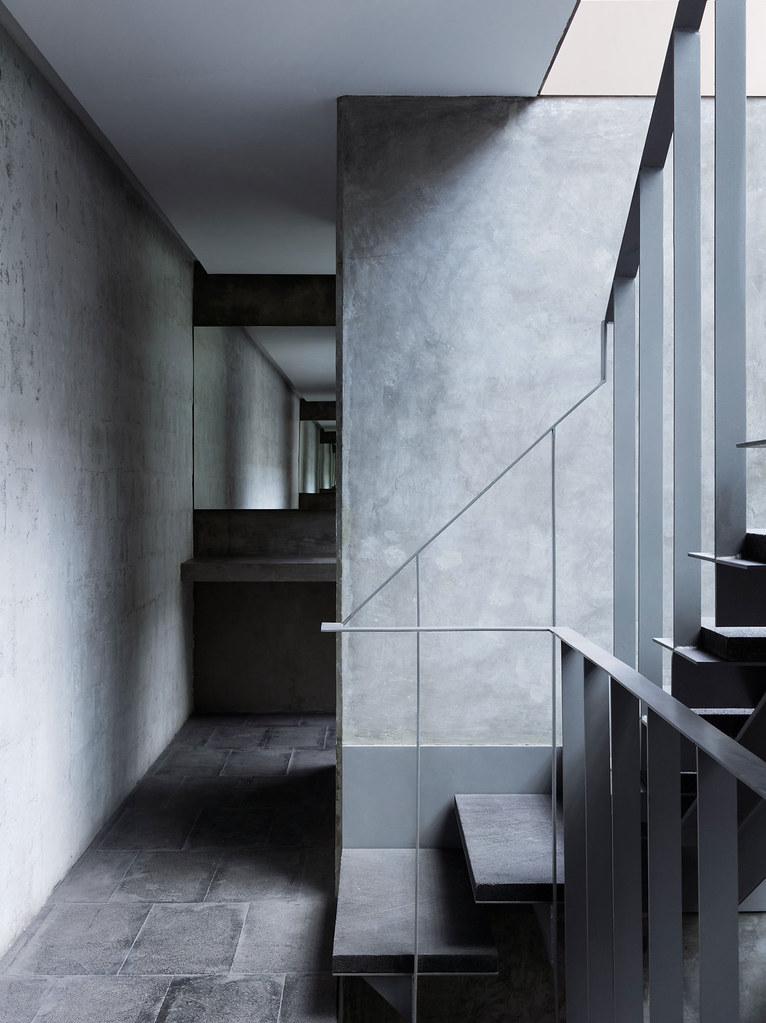 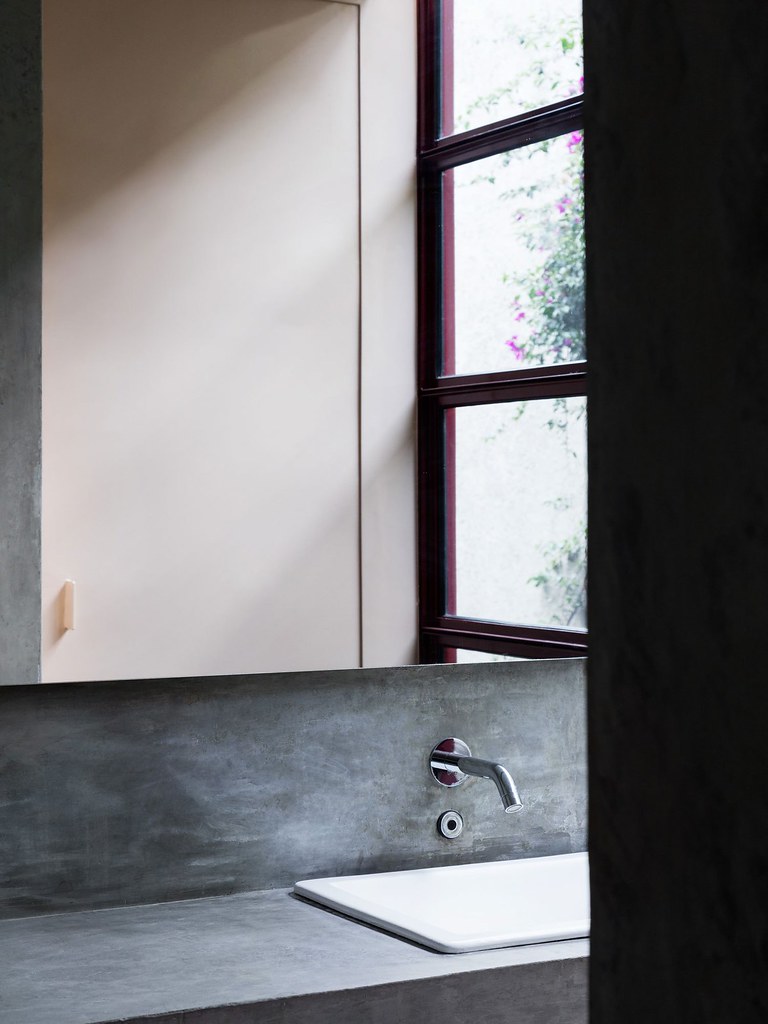 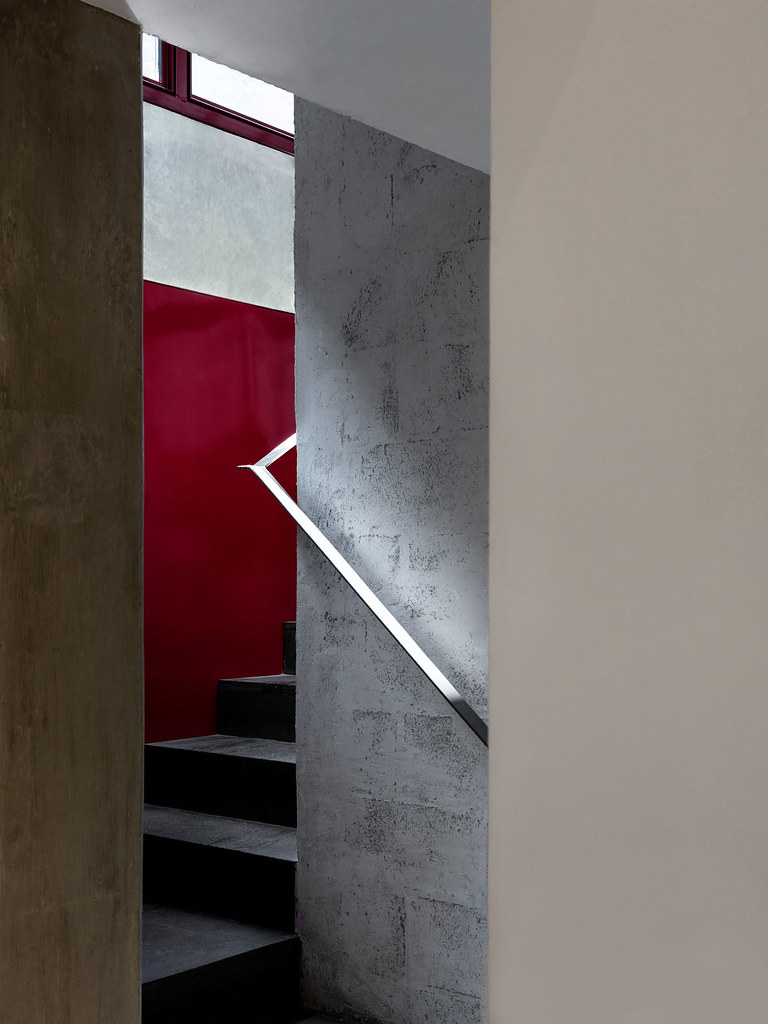 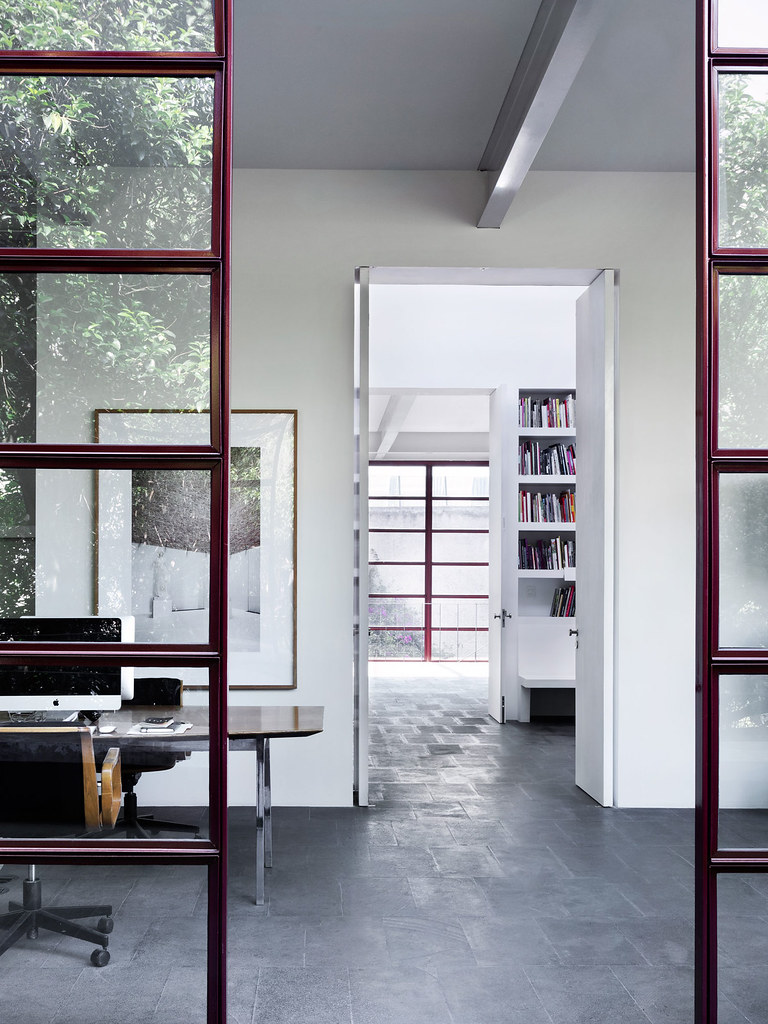 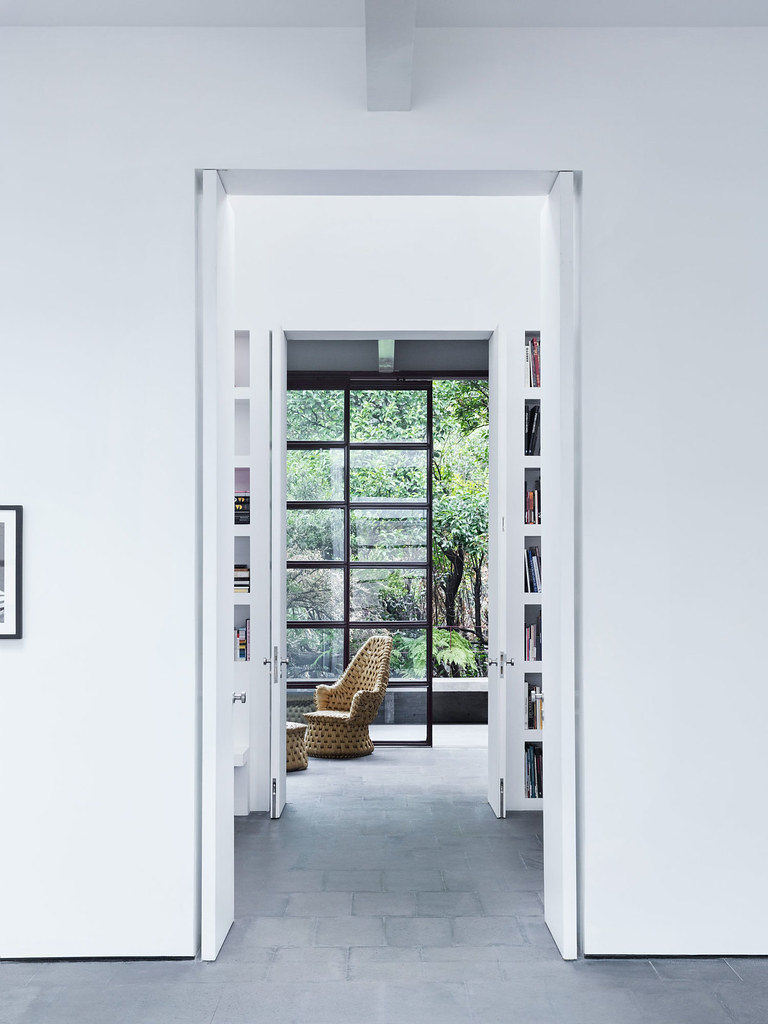 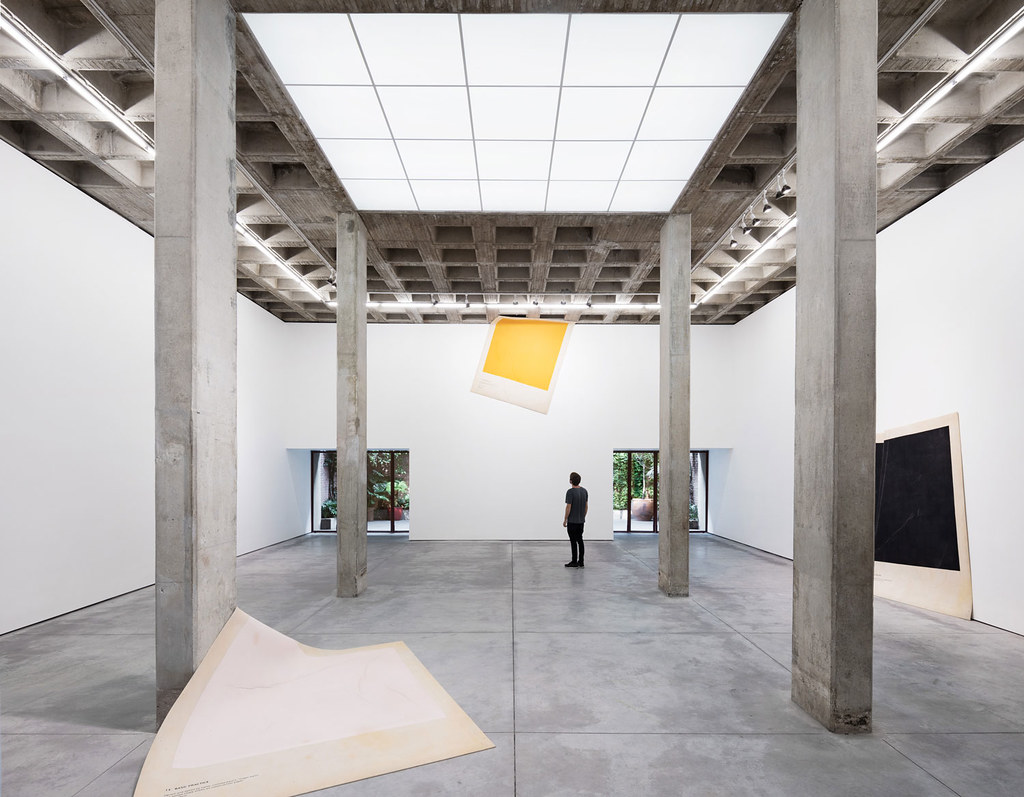 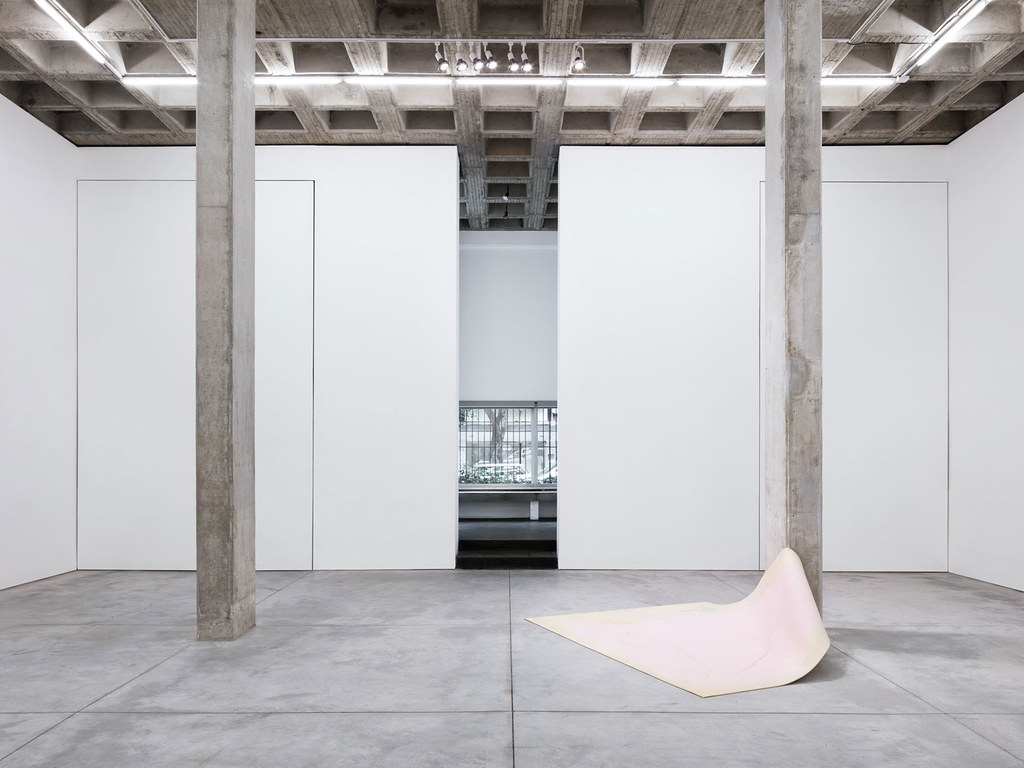 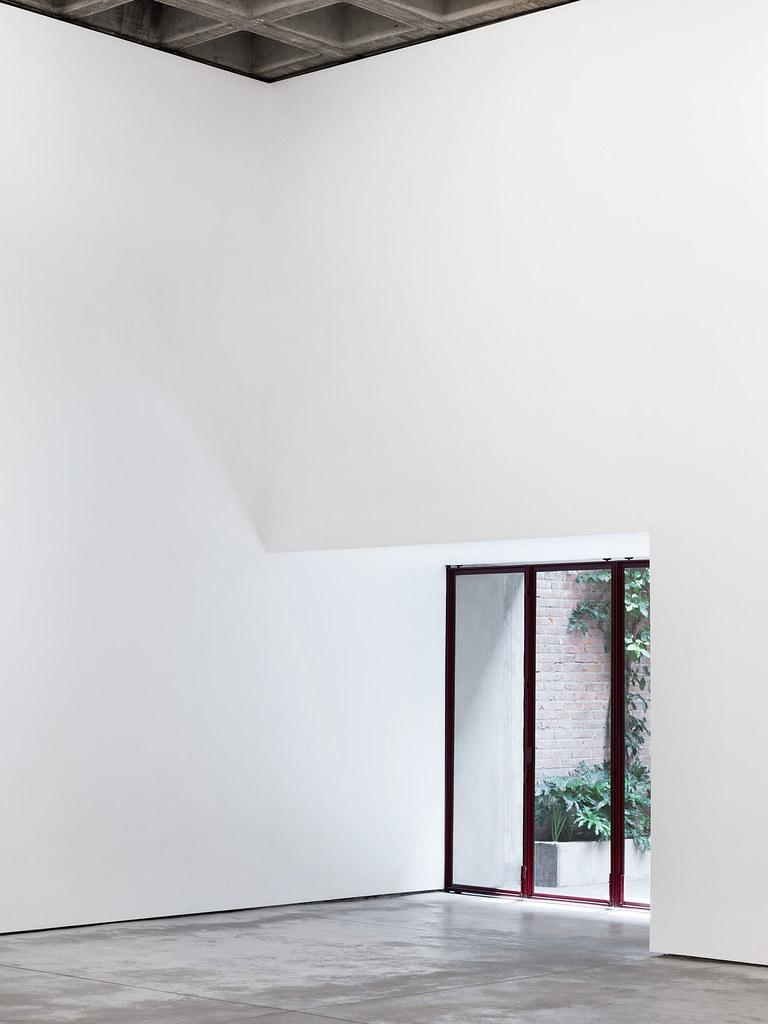 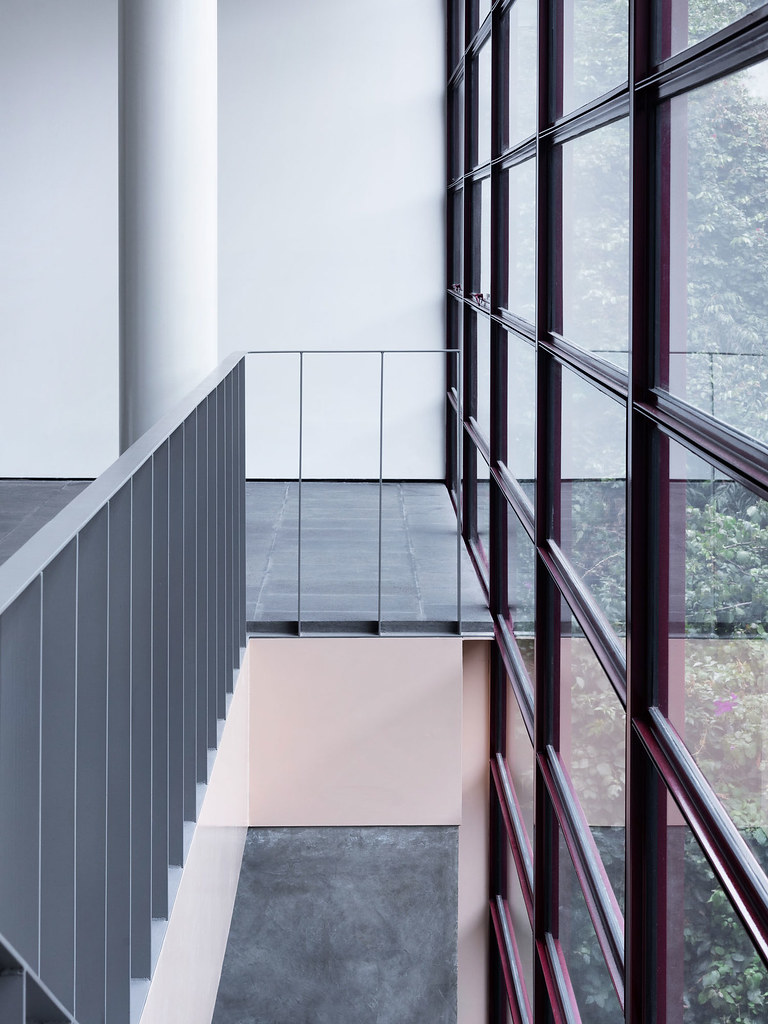 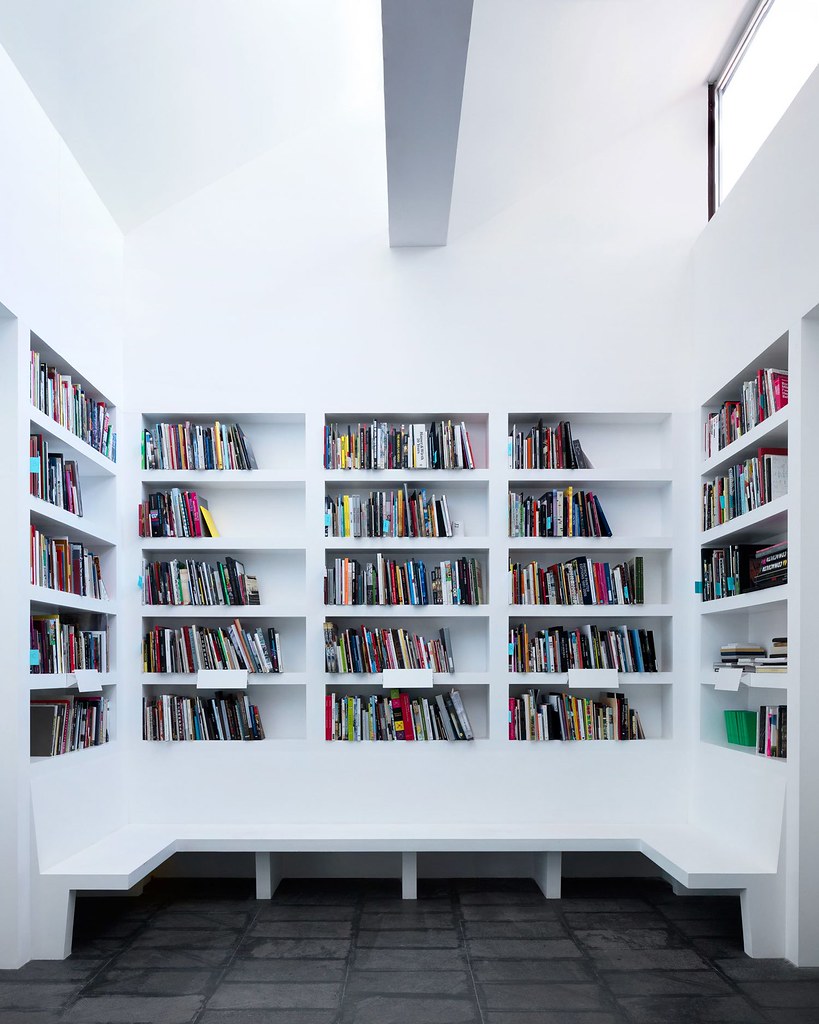 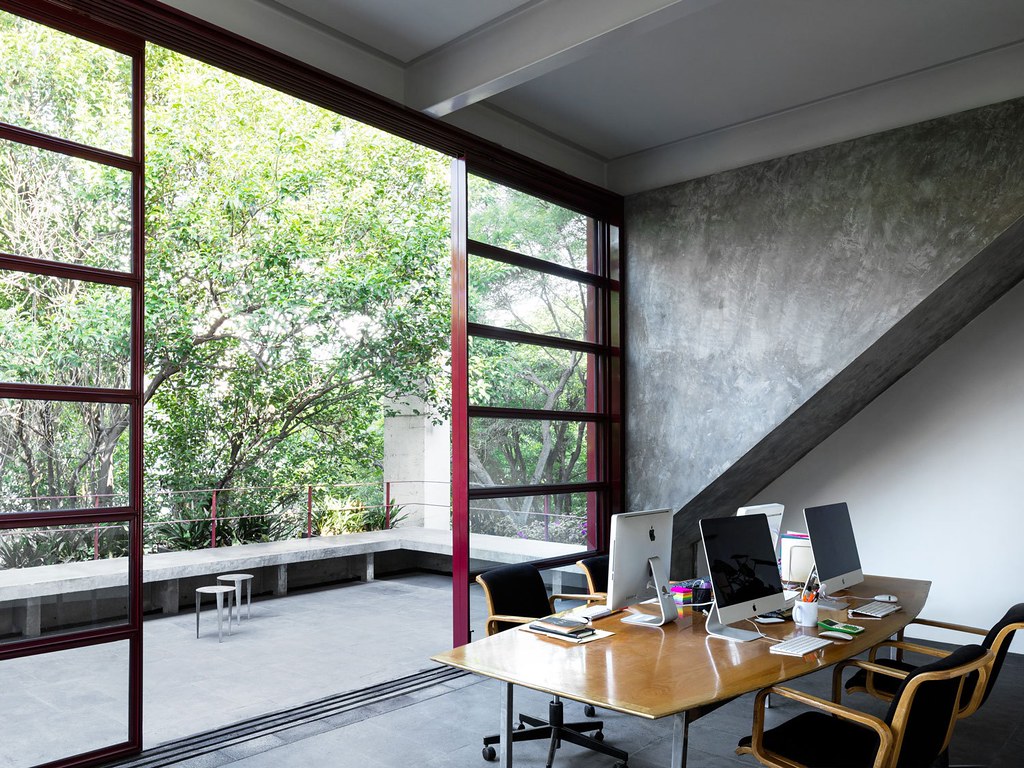 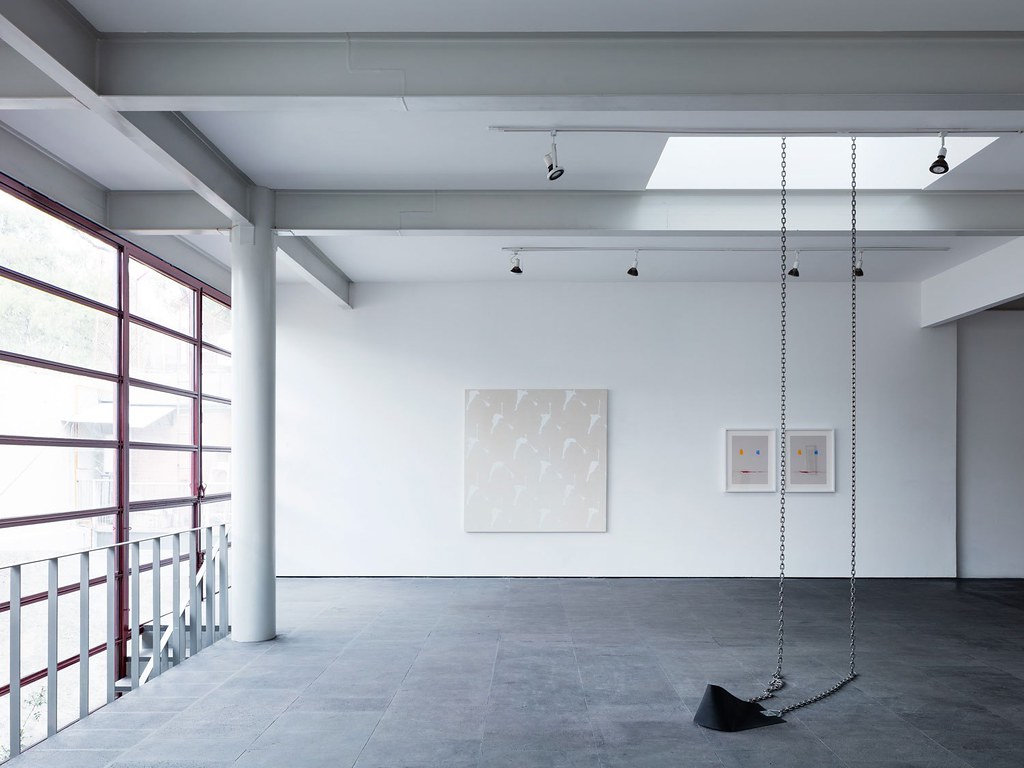 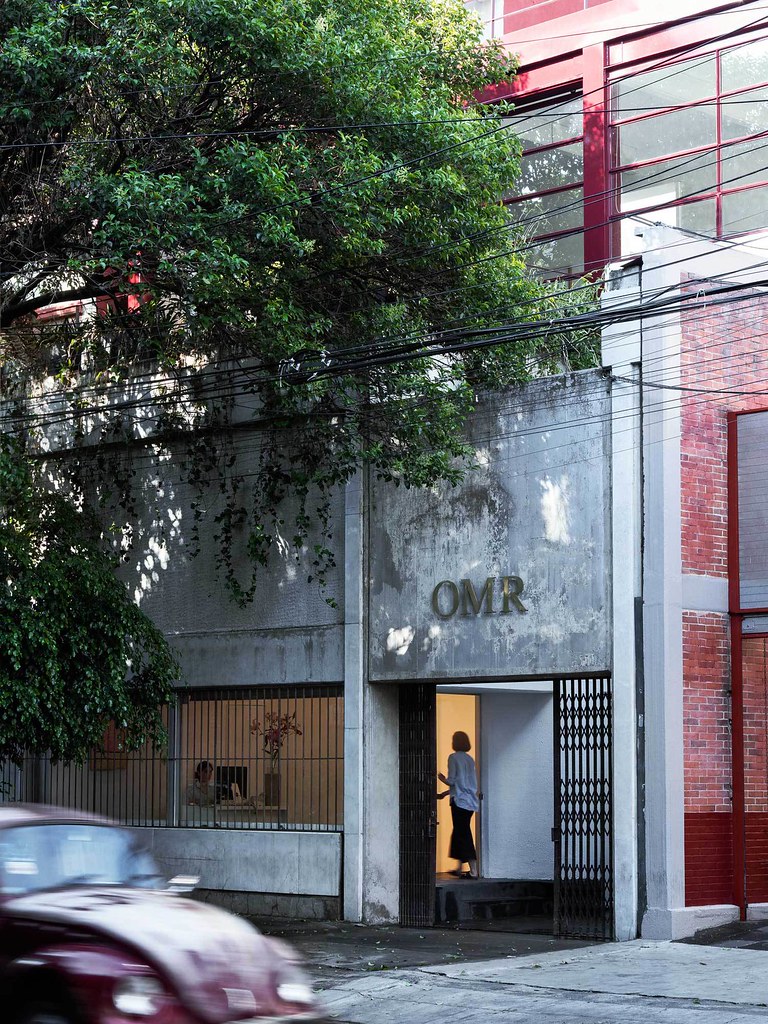